Congress claims that drones were used to track Priyanka Gandhi Vadra's movements in Sitapur, where she was held for more than 30 hours. 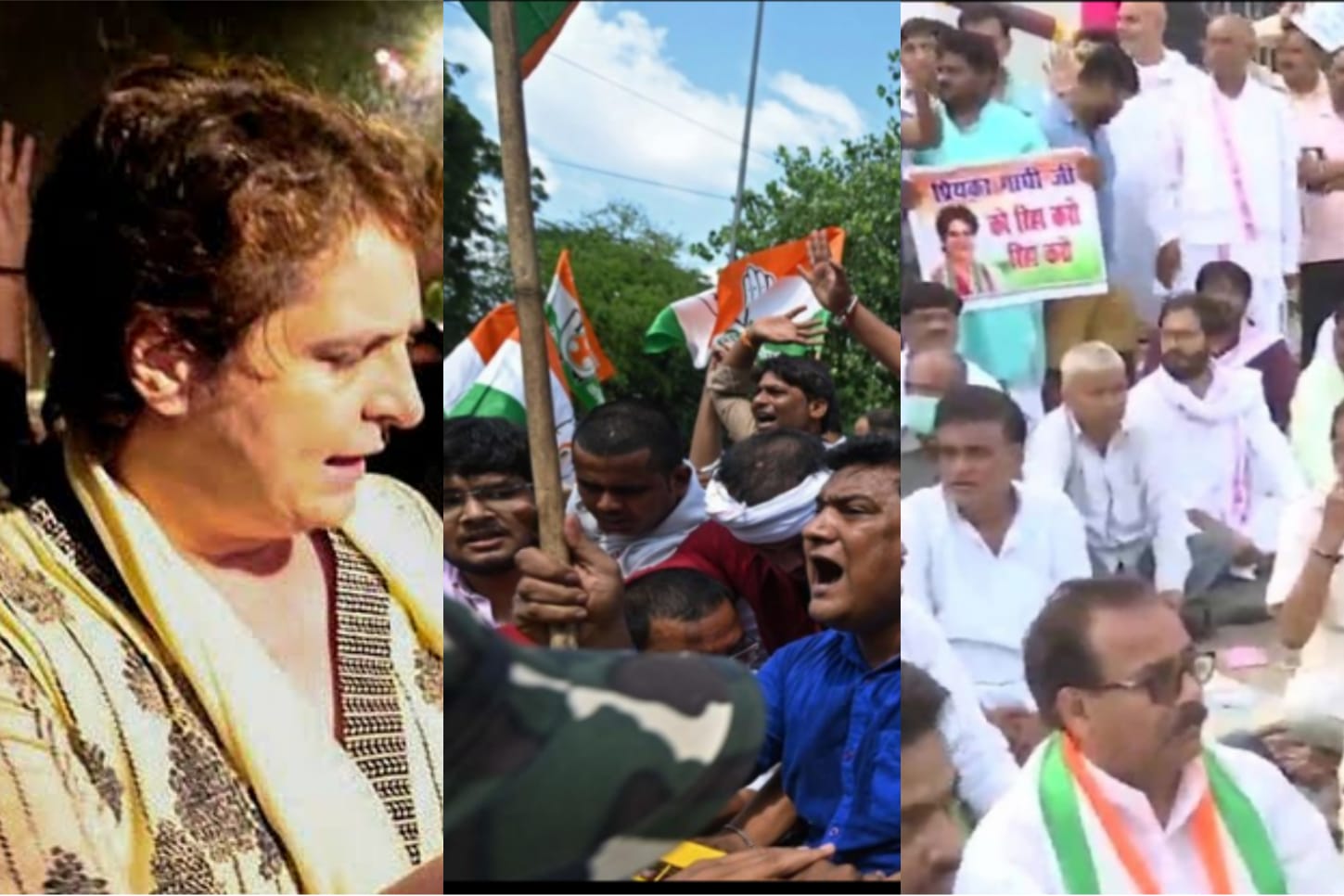 In the latest development to the Lakhimpur Kheri incident, Congress workers reportedly break barriers and raise slogans in Sitapur, Uttar Pradesh as they protest over Priyanka Gandhi’s detention. The state congress General secretary was detained by UP police on her way to Lakhimpur Kheri to meet the victim’s family.

The grand old party also claims that drones were used to track Priyanka Gandhi Vadra's movements in Sitapur, where she was held for more than 30 hours. Bhupesh Baghel, the Chief Minister of Chhattisgarh, tweeted a video of drones monitoring the situation, asking, "Who will take accountability, whose drone is this and why?"

After a brief altercation with the cops, Priyanka was taken to the PAC guest house, where she has been since.

Hundreds of Congress workers have been waiting for their leader's release outside the guest house. Priyanka, on the other hand, has stated that as soon as she is released, she will visit the grieving families in Lakhimpur Kheri.

Meanwhile, in the latest video, Ms Gandhi is seen taking a dig at the ruling BJP.

“Modiji, you'll be in Lucknow today for the Azadi Ka Amrit Mahotsav.' Watch this video of our farmer being thrashed and explain to the rest of the country why no action has been taken yet. Jai Hind, Jai Kisan.”


Earlier, the Congress leader had shared a video showing an SUV hitting protesting farmers in Lakhimpur Kheri after which the violence erupted and vehicles were set ablaze.

The Samajwadi Party leader, Akhilesh Yadav also hit out at PM Modi and said, “today said this is not the time to celebrate. Uttar Pradesh is grieving the killing of farmers.”

The culprits of the Lakhimpur Kheri incident have yet to be arrested. Leaders are celebrating 'Azadi Ka Amrit Mahotsav' in the same state (Uttar Pradesh) where justice has been denied, said Baghel, the Chief Minister of Chhattisgarh.