Pramanik enrolled as an MoS in the newly reshuffled Union Cabinet early this month and was designated to the Home Affairs Ministry and Youth Affairs and Sports Ministry. 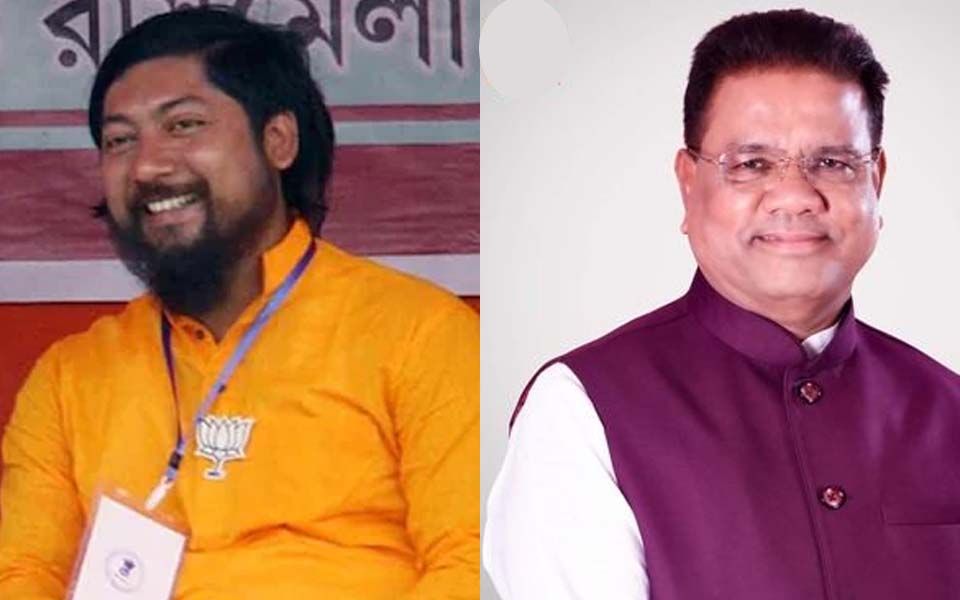 Posting a letter on his Twitter handle, Bora said that news channels Barak Bangla and Republic TV Tripura and digital media, India Today and Business Standard have reported that Pramanik is a Bangladeshi citizen.

According to sources, Pramanik has denied the allegations and said that the minister was born, brought up and has received his education in India.

Pramanik is a patriot, has roots in India, sources said and claimed the allegations to have no truth.

Pramanik, 35, happens to be the youngest leader to get inducted as a Minister of State in the Modi's Council of Ministers early this month. He was appointed to the Ministry of Home Affairs and Ministry of Youth Affairs and Sports.

Referring to the reports, Bora said that Pramanik was born in Harinathpur in the Gaibandha district which is in Bangladesh.

Bora in his letter said, "He came to West Bengal for computer study (sic) and after taking computer degree, he first joined Trinamool Congress and later on joined the BJP and was elected as MP from Cooch Behar." 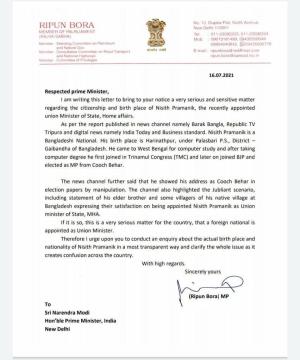 Bora also claimed that the news channels have reported that Pramanik has shown his address as Cooch Behar in election papers "by manipulation."

He further added that the news channels have underlined the "jubilant scenario", including a statement of "his elder brother" and some villagers of his native village in Bangladesh, who have expressed their joy on Pramanik being appointed as the Union minister of state for home.

Bora also claimed that a Bangladeshi Facebook page congratulated Pramanik and called him a "son of Bangladesh".

"If it is so, this is a very serious matter for the country, that a foreign national is appointed as a union minister. Therefore, I urge upon you to conduct an inquiry about the actual birthplace and nationality of Nisith Pramanik in a most transparent way and clarify the whole issue as it creates confusion across the country," Bora wrote in his letter.