Sirsa has been put on high alert. Farmers' leaders are calling for the arrestees to be released. 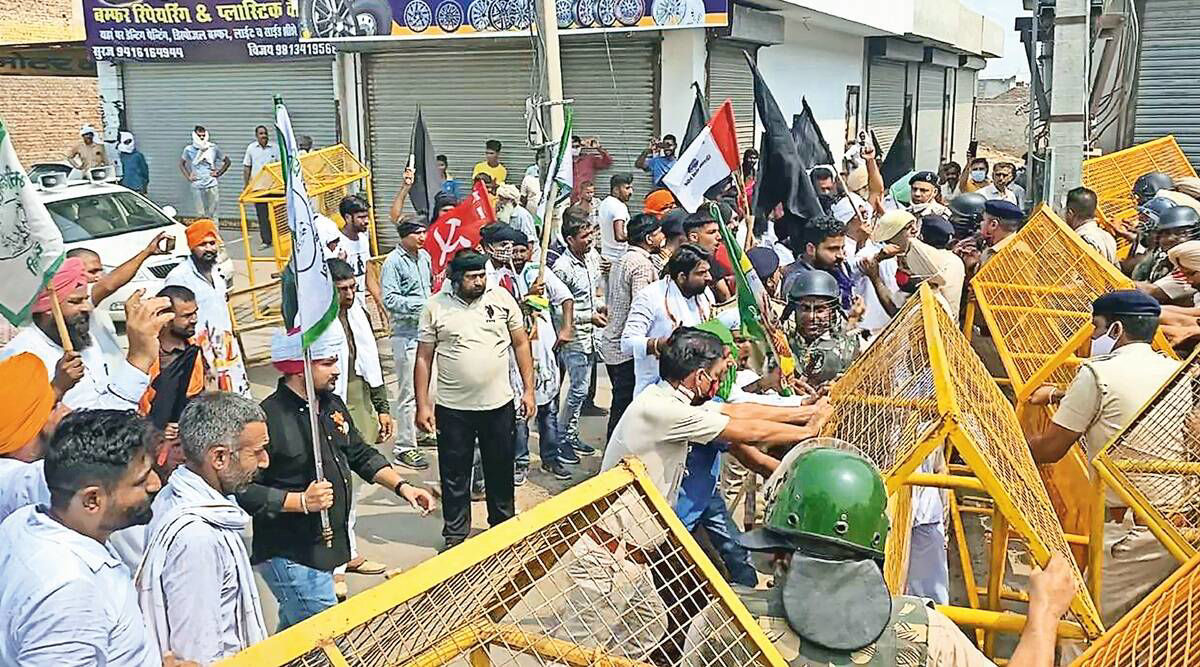 Hundreds of farmers began marching towards Sirsa today, on July 17 after several unions planned to gherao the district police chief’s office. Despite the massive deployment of paramilitary troops, the protesters continued to demonstrate and police barricades were knocked down.

The protest comes after 100 farmers were booked under sedition and attempt to murder cases for an earlier protest that turned violent. Five farmers were arrested on July 15 for allegedly attacking BJP leader and Haryana Assembly's Deputy Speaker Ranbir Gangwa on July 11.

Reportedly, During a protest against the controversial agricultural laws on Sunday, July 11 the BJP's Ranbir Gangwa was attacked and his official car was damaged.

Sirsa has been put on high alert. Farmers' leaders are calling for the arrestees to be released. The plan is to gherao the Superintendent of Police's office.

To prevent this over 10,000 policemen have been deployed in Sirsa and barricading was done to prevent the farmers from reaching the Sirsa SP’s office, district police’s headquarters, and the ministers’ residences.

The Samyukt Kisan Morcha (one of the protesting groups) slammed the charges, calling them "false, frivolous, and cooked up," and pledging to fight them in court. “The anti-farmer BJP government of Haryana has ordered fake, frivolous, and cooked-up sedition charges, as well as all other false claims, against farmers and farmer leaders," said SKM.

A mahapanchayat has also been scheduled in Sirsa by farmer unions today. Union leaders such as Rakesh Tikait, Gurnam Singh Chaduni, and others are expected to arrive in Sirsa and lead the march.

Meanwhile, in Chandigarh, protesters caused a commotion in Sector 48 motor market. Former Chandigarh BJP president and Himachal co-incharge Sanjay Tandon was attacked with sticks and stones pelting were done on the vehicles of BJP leaders.