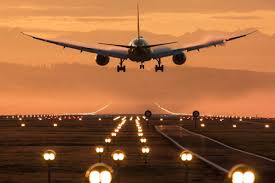 As per the reports, on Friday in a meeting of the National Cabinet, the Australian government made the journey between India and Australia temporarily illegal and the one who will travel from India could face fines and will send behind the bars for about five years.

The country's Health Minister Greg Hunt said, "The new rule was based on the proportion of overseas travelers in quarantine in Australia, who have contracted the infection in India".

Last week, before making the travel illegal, Australia had banned all direct flights from India due to the uncontrollable second wave of coronavirus in the country. Now, anyone who has been in India with 14 days of their intended arrival in Australia will not be allowed to enter the country.

Also Read: Covid19: High demand for vaccines across nation but stock low, why?

As per the official statement released by the ministry, "Failure to comply with an emergency determination under Biosecurity Act, 2015 may incur a civil penalty of 300 penalty units, five years' imprisonment or both".

It added that on May 15, maybe the chief medical officer (CMO) revised the decision. It said, "The CMO will consider the epidemiology in India and likely impacts on Australia's quarantine capacity, and provide a further assessment of the public health risk to Australia to inform a proportionate response".

The ministry said that it is extremely important to protect the public health and quarantine system and to reduce the number of Covid-19 cases in isolation facilities to a manageable level.

Also Read: Anushka Sharma birthday special: When she thought Virat was an ‘arrogant’ man but turned out something else

Australian media channel shared this on Twitter and the tweet read, "For the first time in our history, it will be a criminal offense for some Australians to come home from overseas. Within the next 48 hours returning citizens will be threatened with five years jail if they have been in India in the past two weeks."

Get the latest update about World News Headlines, check out more about Covid19, Australians will face fines or jail for 5 years, Politics News & Health Minister