The incident took place at a nut bolt factory situated at Focal Point here in Jalandhar at around 10am. 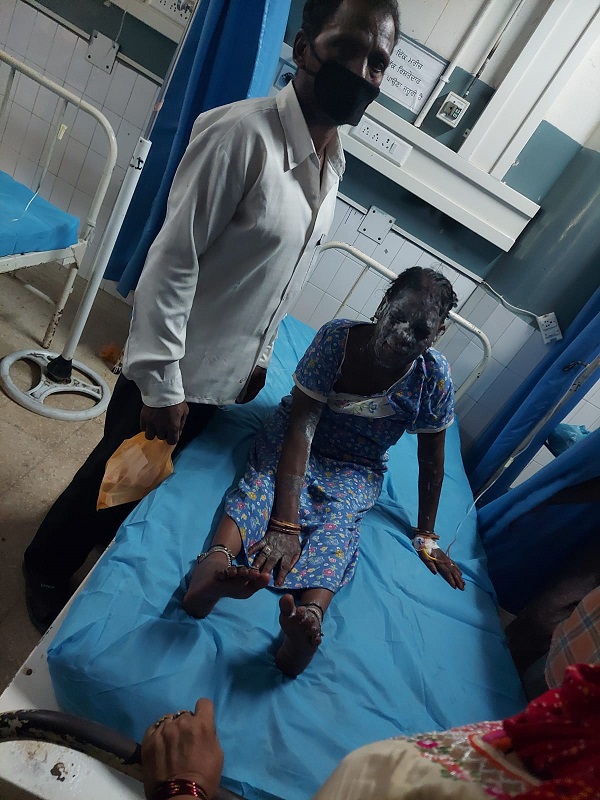 A heart-wrenching incident has come to light in Jalandhar where a disabled woman working in a nut bolt factory was attacked by a co-worker, who threw acid on her. The brutality of the incident can also be gauged from the fact that the laborer has poured acid directly on the woman's head.

As per information, acid was available in the factory for work purpose, however, in anger the co-worker over a minor argument, attacked the woman by throwing acid on her.

The victim originally hails from Sultanpur district of Uttar Pradesh. A few years ago, while working in a factory, one of her legs was partially amputated.

Both the accused and the victim worked at Vijay Factory, a hardware manufacturing unit near Focal Point.

The victim’s 20-year-old son, who also works at the same factory as his mother, said that the victim and the accused had an argument.

"I took my mother to the hospital on my bike. She was in unbearable pain. After a verbal spat with my mother, he threw nearly 50 ML acid at her,” he said.

Police said that another coworker caught hold of the accused and handed him in to law enforcement authorities.

From head to toe, the woman had to face the bite of acid. In the horrific incident, his face and upper part of the body were badly scorched. She has been admitted to Jalandhar's Civil Hospital.

It is learned that there was an argument between the accused laborer and the woman on some issue in the morning. On the statements of relatives, the police are registering a case against the accused.

Also read: 10 people including children killed in US airstrike in Kabul: Report

ASI Madan Singh, who is probing the case, said that the accused has been apprehended but it is not yet clear why he threw acid. The accused is being interrogated. At the same time, the woman is not in a condition to give a statement yet. The investigation of the whole matter is on. The police are also checking the CCTV cameras installed in the factory.