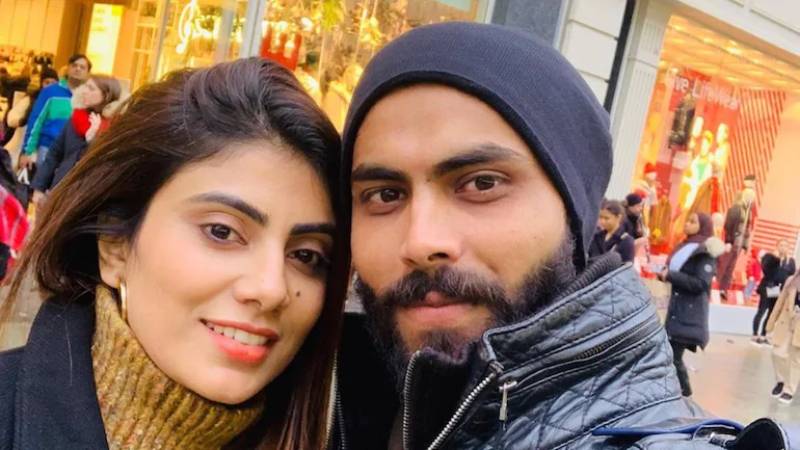 India all-rounder Ravindra Jadeja's wife Rivaba has grabbed the headlines after indulging in a verbal spat with a female cop in Gujarat's Rajkot after the latter asked her the reason for not wearing a mask, police said on Tuesday.

Reportedly, the cricketer was driving the car at the time of the incident on Monday night. While he was wearing a mask, his wife Rivaba wasn't, a senior officer said.

The cricketer's wife had a heated argument with head constable Sonal Gosai when the latter stopped her car at Kisanpara Chowk after noticing that she was not wearing a mask, Deputy Commissioner of Police (DCP) Manoharsinh Jadeja told media agency.

"Our primary investigation has revealed that Rivaba Jadeja was not wearing a mask. While it is a matter of investigation why the issue escalated, we have learned that both the parties entered into a verbal spat," the DCP said.

Also Read: Sooraj Pancholi says, 'he is being defamed and harassed' in connection with SSR and Disha Salian's death, files a compliant

Following the argument, Gosai complained of uneasiness and was taken to a nearby hospital, he said.

She was discharged after half an hour and is fine now, the officer said, adding that no FIR has been lodged as yet.