Netizens troll Anushka Sharma for her role in 'Chakda Xpress,' claiming she is unfit to play Jhulan Goswami

Anushka Sharma, a Bollywood actress, is scheduled to return after three years with the film 'Chakda Xpress,' which is based on the life of female Indian cricketer Jhulan Goswami. The film will be available on Netflix as an OTT release. 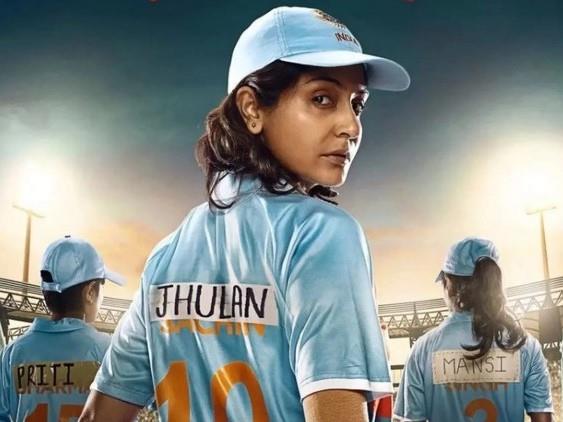 The teaser for Bollywood actress Anushka Sharma's next film, 'Chakda Xpress,' has been released, and netizens appear to be underwhelmed by her cricketer act.
Sharma is starring in the sports drama Jhulan Goswami, which is based on the life of former Indian cricketer Jhulan Goswami.
This is the third cricket-themed film in recent years. The film, on the other hand, is trending on social media for all the wrong reasons. Regardless of Anushka's acting abilities, she has been widely mocked for her portrayal of Jhulan Goswami.
While she may have perfected her diction, netizens appeared to be skeptical by her portrayal of Jhulan.
The general image of Anushka in the film, which some claimed was nothing like the cricketer's demeanor, was a clear stumbling block for netizens. One Twitter user slammed the casting, complaining about the lack of brown-skinned characters.
After the teaser was released, netizens were spotted commenting on the skin tone, body language, nationality, and accent.
While some were outspokenly critical, others defended Anushka's role in the film.
'Chakda Express' follows one of the fastest female pacers in world cricket history as she rises through the ranks against the numerous obstacles posed by misogynistic politicians to realize her one and only dream: to play cricket.
"It is a really special film because it is essentially a story of tremendous sacrifice. 'Chakda Xpress' is inspired by the life and times of former Indian captain Jhulan Goswami and it will be an eye-opener into the world of women's cricket," Anushka Sharmstated on Thursday.
Also Read: Aditya Narayan recalls how Shankar Mahadevan fan interrupted his performance
'Chakda Xpress,' directed by Prosit Roy, is produced by Anushka Sharma and her brother Karnesh Sharma's Clean Slate Films. The film will be released on Netflix in the near future.