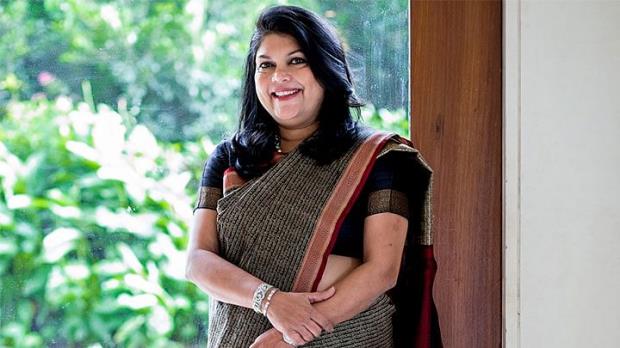 Falguni Nayar, the founder of beauty start-up Nykaa, is in the league of the world’s richest after the successful debut of the company on the stock market following a stellar initial public offer (IPO). This week she became India’s seventh and the wealthiest self-made billionaire after Nykaa’s parent company, FSN-E Commerce Ventures Ltd, witnessed shares rise 96 percent on its first day of trading on Wednesday. She owns half of the company, whose worth is around $7 billion.

After achieving this milestone, Nayar has a piece of advice for the people who have launched or planning to launch a start-up.

“Women need to allow the spotlight of their lives to be on themselves,” Ms Nayar said in an interview after the trading debut. “I hope more women like me dare to dream for themselves.”

Nayar, who previously led a top Indian investment bank, founded Nykaa in 2012, just months before her 50th birthday. Back then, most women in the country purchased makeup and hair-care products from local mom-and-pop shops, where the selection was limited and trials were unheard of.

Since then, the startup has grown into the country's leading beauty retailer, boosting online sales with demo videos featuring glamorous Bollywood actors and celebrities and more than 70 brick-and-mortar stores.

"I founded Nykaa at the age of 50, with no prior experience," recalled Ms Nayar.

Nykaa, which is derived from the Sanskrit word for a heroine, sells exfoliation creams, bridal make-up essentials, and hundreds of lipstick, foundation, and nail colour shades to suit Indian skin tones, skin types, and local weather.