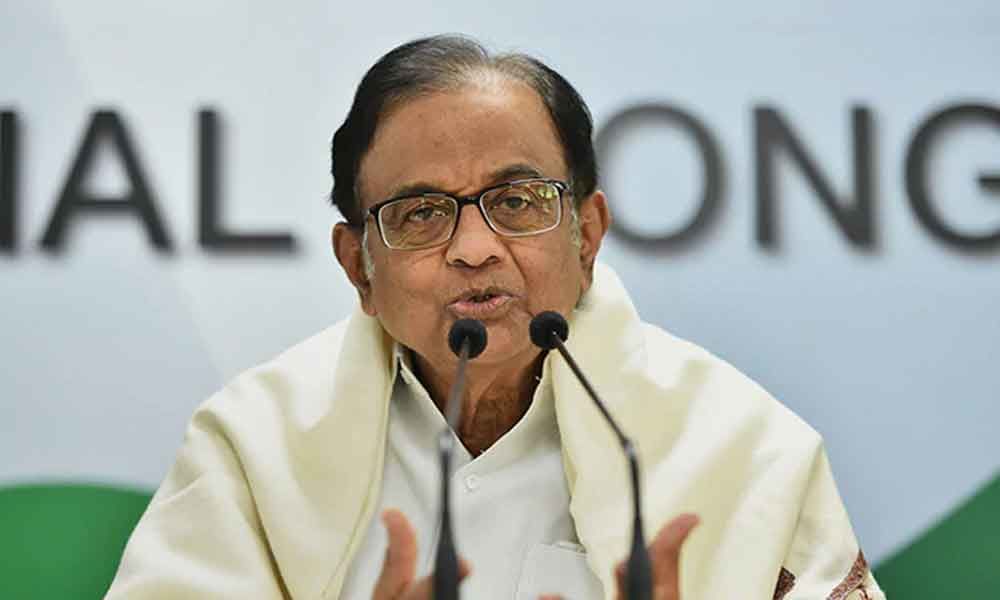 India’s GDP has contracted by 7.3 percent in the financial year 2020-21 and that’s the biggest dip India has witnessed since 1947. Over this decline in GDP, Congress MP P Chidambaram has lashed out at the Central government, mentioning it as the darkest year of the economy in four decades.

“Financial Year 2020/21 was the darkest year of the economy in four decades. The performance in the four quarters tells the story... the first two witnesses a recession (-24.4 and -7.4 percent)... performance in the third and fourth quarters did not herald a recovery,” said P Chidambaram on Tuesday.

Further, he said that falling per capita GDP- Rs 99,694 -a decline of 8.2 percent from last year led to concerning results that most Indians are poorer now than two years ago.

He also slammed the government for misleading people when the first wave of covid 19 hit India. “When the first wave of the pandemic appeared to subside last year, the Finance Minister and her Chief Economic Adviser K Subramanian began to sell the story of recovery. They saw ‘green shoots’ when no one else did. They predicted a V-shaped recovery,” P Chidambaram said.

He added, “it was a false story and we had expressed our strong reservations and warned there were no signs of a recovery. We pointed out the economy needed a strong dose of stimulus, including increased government expenditure, direct transfer of cash to the poor and liberal distribution of free rations. Our pleas fell on deaf ears and the result is negative growth.”

India’s GDP is dropping for nearly half a decade and the unexpected onset of Covid19 has fueled the drip. Earlier, India had only registered negative growth five times in its history and most of the time due to droughts, floods, or energy prices.

“Needless to say, the economic outlook remains highly uncertain and periodic material revisions to our growth forecasts may persist in FY2022, as was the case in FY2021,” Aditi Nayar, the Chief economist at ICRA stated.

Get the latest update about Darkest year in over 4 decades, check out more about decline in GDP, low GDP, Vshaped recovery & india business news