Deadly Omicron should not be taken lightly; calling it 'mild' can be a mistake 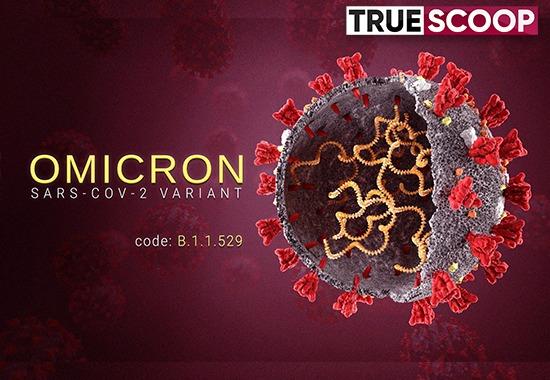 As the number of covid-19 cases is increasing across the world, WHO on Thursday during a Press Conference warned against Omicron and advised not to take the variant as 'mild'. The new variant is not making the people seriously ill as the older one does, but the number of rapidly increasing cases is putting pressure on the health care systems of the countries.
During the Press Conference WHO Chief Tedros Adhanom Ghebreyesus said that "While Omicron does appear to be less severe compared to Delta, especially in those vaccinated, it does not mean it should be categorized as mild."
Governments across the world are imposing restrictions to control the spread of this deadly disease. WHO said that the number of global cases has increased by 71% in the last week, and in America's by 100%.
He further explained, "Just like previous variants, Omicron is hospitalizing people and it is killing people. The tsunami of cases is so huge and quick, that it is overwhelming health systems around the world."
Also read: Elections 2022: Indian States that go into poll in the Current year
This variant was first discovered in South Africa and now it almost covered every part of the world. The number of patients is increasing in the hospitals. Some hospitals declared the 'critical' situation in the hospital. It is spreading very fast. The UK reported 179,756 cases on Thursday and 231 covid related deaths. Due to lack of hospital staff and absence of hospital facilities, some hospitals declared critical situations.
WHO advised the people to take the prevention measures and maintain all the guidelines. Also, those who did not get vaccinated, get their vaccination done as soon as possible.