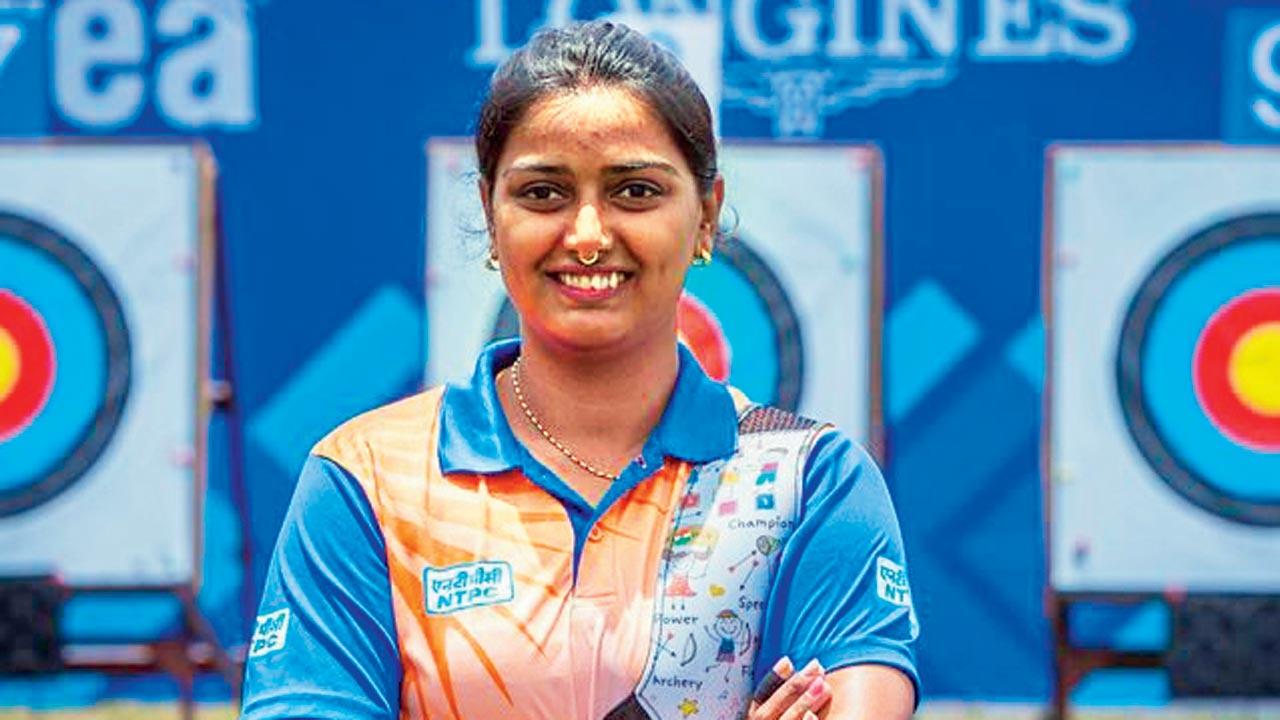 World’s no. 1 archeress, Deepika Kumari, has now defeated the Russian Olympic committee by shooting with her bull’s eye, today she has advanced to the individual women quarterfinals of the Olympic games. As per the scores, she had locked 5-5 by hitting the first perfect 10, the Russian world champion Ksenia Perova was under pressure and misfired a 7, while Deepika easily shot a 6-5 (10-7).

Born on July 13, 1994, Deepika belongs to Ranchi, Jharkhand to Shivnarayan Mahato, an auto-rickshaw driver, and her mother Geeta Mahato who is a nurse at Ranchi Medical College.

She has now beaten Karma of Butan in the 32nd Round and has booked her place in the last 16 in the women's individual archery event. She is married to Atanu Das, who himself is an Indian archer, currently playing in the 2020 Tokyo Olympics Games and occupies 9th ranking in the world.

Her Passion towards Archery

As a child, Deepika was really passionate about archery and used to aim at mangoes with stones. It was a hard thing for her parents to financially support her but they compromised their budget to buy her new equipment for practice. She even made homemade archery equipment with bamboo bows and arrows. Her cousin Vidhya Kumari who was an archer who resided at Tata Archery Academy played a significant role in developing her talent.

She entered Arjun Archery Academy in 2005, but professionally her journey began in 2006 when she joined the Tata Archery Academy in Jamshedpur because her training involved proper equipment as well as uniform. She used to return home once in 3 years and in November 2009, she won the Cadet World Championship title.

She was the one who finally brought India its first medal in Archery.

In Commonwealth Games 2010, she won 2 medals, one in the women’s team Recurve event and the other in the individual event. Deepika was honoured in the 2010 Sahara Sports Awards ceremony with an outstanding event. In 2010, she lost a medal to North Korea. In 2012, she achieved top position in Women’s Recurve Archery. In 2012, in London’s Olympics, she lost against Great Britain.

In 2013, Deepika won gold in Archery World Cup and got silver in the 2013 FITA Archery World Cup. In the 2nd stage of the World Cup, she won bronze and silver in the World Championships. In April 2016, she equalled the world record in the Women’s Recurve event. In the same year, she was in the Indian team in the 2016 Rio Olympics, getting the 7th ranking. In 2017, she featured a documentary, ‘ladies first’ that showed her life story from a child to a top archer.

She won 3 gold medals in 2019, in Archery’s World Cup Stage 3 Tournament in Paris 2021. Due to which she was recorded as 13th triple gold and 11th archer to achieve the feat in 15 years history of Hyundai Archery World Cup. She won an individual competition at the Olympic Qualification tournament in 2019 after which she secured a spot in the 2020 Tokyo Olympic Games.