IPL 2021: Delhi Capitals defeated Sunrisers Hyderabad by 8 wickets in Dubai on Wednesday to reclaim the top place on the points table. 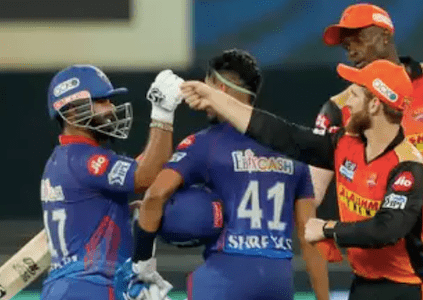 The Delhi Capitals resumed their winning ways in the Indian Premier League (IPL) 2021 with an impressive 8-wicket victory against Sunrisers Hyderabad in Match 33 in Dubai on Wednesday.
After reclaiming the top place on the points table by defeating the Chennai Super Kings with their 7th win of the IPL 2021, Delhi chased down the target of 135 in 17.5 overs, with to contributions from Shikhar Dhawan, Shreyas Iyer, and Rishabh Pant.
Also Read: IPL 2021, DC vs SRH Match 33 Prediction – Will Delhi Capitals Regain Its TOP Position At Points Table?

Former captain Iyer top-scored with a clinical 47 not out, while Dhawan struck 42 off 37 balls in his first match for DC since the IPL 2020 final against Mumbai Indians. With 35 off 21 balls, Pant stayed unbeaten.
Also Read: IPL 2021 RR vs PBKS Match 32: Anil Kumble Mercilessly Trolled By Punjab Kings Fans For BIG Omissions
Dhawan also passed 400 runs for the season, putting him in sole possession of the Orange Cap, with a 42-run advantage over Punjab Kings skipper KL Rahul. This is also the 37-year-sixth old's consecutive IPL season in which he has scored 400 or more runs. Suresh Raina and David Warner hold the record for winning seven consecutive seasons. 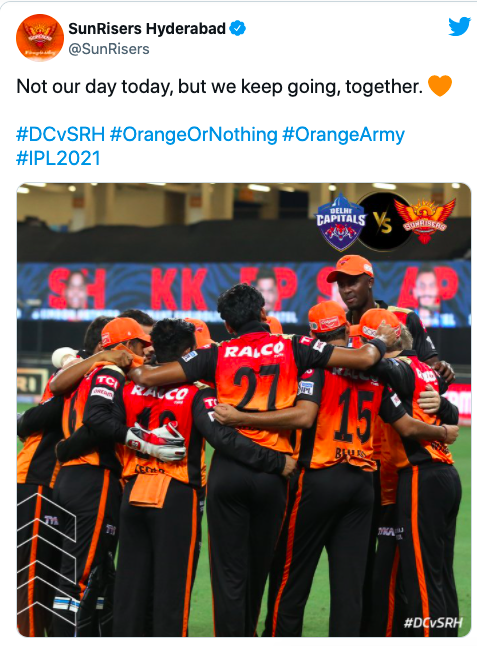 After being asked to bowl first on a grassy pitch at the Dubai International Stadium, Delhi Capitals used scorching spells from Anrich Nortje and his South African counterpart Kagiso Rabada to limit Sunrisers Hyderabad to 134 for 9 in 20 overs.
To finish off a fantastic bowling effort, Rabada took 3 for 37 from 4 overs, while Nortje and left-arm spinner Axar Patel each took two wickets.
On September 25, the Delhi Capitals will play the Rajasthan Royals in the first game of a double-header at the Zyed Cricket Stadium in Abu Dhabi.
In the second match on Saturday, last-placed Sunrisers Hyderabad, who are all but out of contention for the playoffs, will face 7th-placed Punjab Kings in Sharjah.