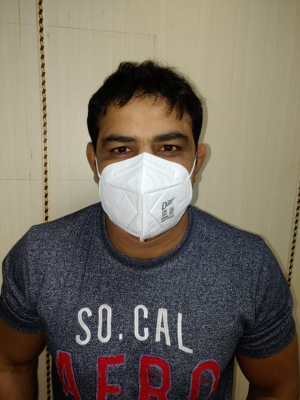 The Delhi High Court on Friday refused to entertain a plea seeking to restrain the media from sensationalising Olympic medallist Sushil Kumar's trial in connection with the murder of a 23-year-old wrestler.

A bench comprising Chief Justice D N Patel and Justice Jyoti Singh said Kumar is a "vigilant person" and the court cannot entertain a PIL on his behalf.

Disposing of the plea filed by a law student, the bench said: "Let that man come...We see no reason to entertain litigation on behalf of a vigilant person.

The plea claimed that Kumar's career and reputation was tarnished by the media reporting against him in connection with the Chhatrasal Stadium brawl that led to the death of a wrestler.

According to the plea, the excessive publicity of the suspect in the media before the trial in a court of law, either incriminates a fair trial or results in characterizing the suspect as the one who has certainly committed the crime.

The plea added that this amounts to undue interference with the "administration of justice", and sought proceedings against the media for contempt of court.

A Delhi court on May 23, sent the Olympic medallist to six days police custody.

According to the police, Kumar and his associates allegedly assaulted fellow wrestler Sagar Dhankar and his two friends Sonu and Amit Kumar at the stadium on May 4 night. Dhankar succumbed to his injuries later.