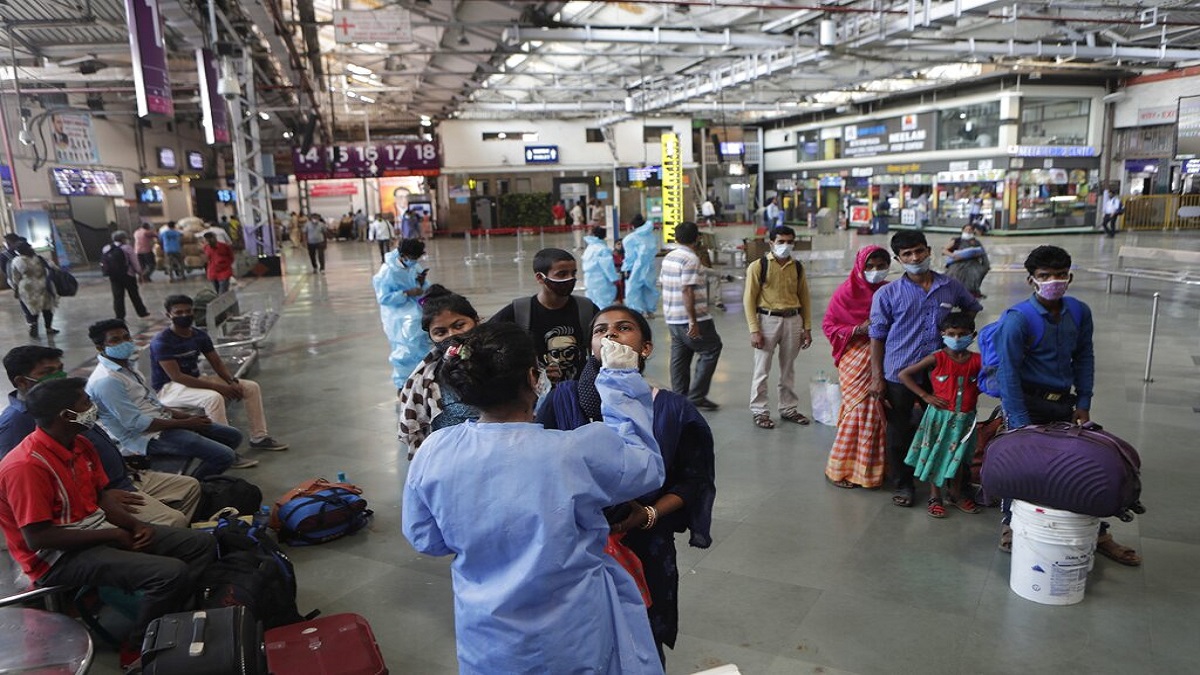 A new study using data from India and five other countries finds that using domestic travel bans to control Covid-19 infections may be inadvisable.

Depending on their duration, these restrictions can lead to more rather than fewer infections overall, especially when there is a large urban-rural migrant population, it indicated.

As India battles a severe second wave of Covid-19, state governments are once again faced with the question: Should they use travel bans to control disease transmission?

In the first wave of Covid-19, most states chose this option. The hardships faced by migrant workers prevented them from returning home to their villages were seen as a necessary sacrifice to reduce the spread of disease into rural India.

In the second wave, the Delhi government has urged migrants not to leave. Other cities may follow suit.

A new research paper by academics at the University of Chicago suggests that imposing travel bans can counter-intuitively increase the total spread of the disease, creating a lose-lose situation.

This outcome occurs when a country has a large migrant population that is prevented from leaving an urban hotspot and returning to rural areas. The researchers show that if the net effect of a travel ban is to delay the movement of these people, rather than prevent it entirely, the policy can lead to more cases overall.

The paper uses detailed data on rural-urban migration, travel ban policies, and Covid-19 cases to show that this lose-lose outcome occurred in India during the first wave, due to travel bans imposed on migrants wishing to leave Mumbai.

Elaborating on the findings, Anant Sudarshan, South Asia Director of The Energy Policy Institute at the University of Chicago and one of the study authors, said: "The national lockdown in the first wave trapped millions of migrants inside big cities like Mumbai that were fast-growing coronavirus hotspots.

"Eventually people were able to leave, but variations in government policy meant that the length of time they were detained depended on where they wanted to go. In the case of rural districts where people could return quicker -- using the Shramik Special Trains for example -- cases rose modestly at the destination.

"But for those areas where bans were in effect longer, there was a much more intensive increase in coronavirus, likely because the returning population was now more likely to be infected, having been trapped in the hotspot longer."

Apart from Mumbai, the paper further analyses data from five other countries where migration is prevalent -- China, Indonesia, the Philippines, South Africa, and Kenya.

Together these countries comprise roughly 40 per cent of the global population and all of them had initial outbreaks in a few hotspot locations.

The researchers used epidemiological data, migration data, and information on travel bans from all these countries to show that although exceptionally long bans may work to reduce total cases, moderate durations are associated with significant increases in disease spread.

Also Read: Fake News Alert: Lockdown in India from May 3 to 20?

Fiona Burlig, Assistant Professor at the Harris School of Public Policy at the University of Chicago, one of the co-authors of the study, adds: "The evidence indicates that if the duration of a travel ban is not long enough, we may end up imposing hardship on people while perversely seeing more spread of infection.

"Getting the duration wrong is easy because it is not possible to predict in advance what the optimal length should be, and in a democracy, such restrictions cannot be easily sustained. There may be merit in letting people go home early, and indeed encouraging them to do so, rather than forcing them to stay."

Get the latest update about coronavirus pandemic, check out more about domestic flights, true scoop news, academics at the University of Chicago & domestic travel bans to control Covid19 infections inadvisable