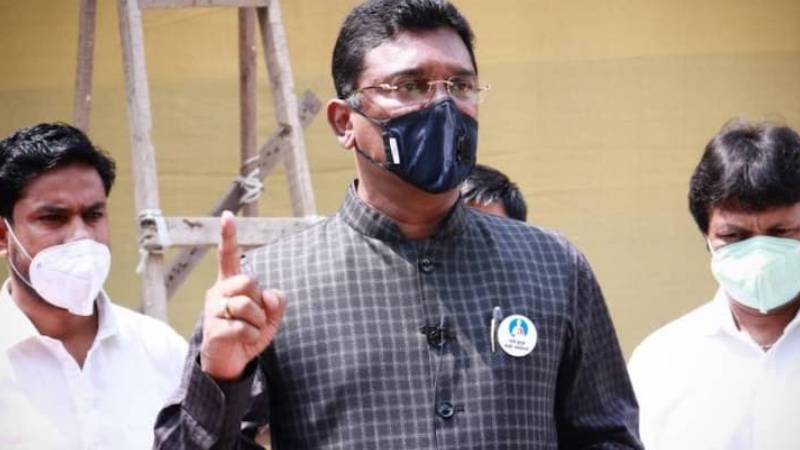 In a rude jolt to the ruling Maha Vikas Aghadi, the Enforcement Directorate (ED) with a huge posse of CRPF personnel raided the home of senior Shiv Sena leader Pratap Sarnaik and around 9 other premises, here on Tuesday morning.

The ED teams swooped on Sarnaik's Thane house, when he was not present, besides certain other locations including a leading security services agency.

The raids were being carried out simultaneously at the locations in Mumbai and Thane under the Prevention of Money Laundering Act (PMLA), official sources said.

Sarnaik, 56, is a three-time MLA from Ovala-Majiwada constituency in Thane, and is the Chairman of Vihang Group of Companies with interests in varied sectors.

Sarnaik has been critical of Bollywood actress Kangana Ranaut and Republic TV Chief Editor Arnab Goswami in the past few weeks.

He had demanded action against Ranaut when she equated Mumbai with Pakistan Occupied Kashmir and the reopening of the Anvay Naik and his mother's suicide case in which Goswami had been arrested earliler this month.

Also Read: "Dipesh Sawant stayed overnight at NCB office of his own will": NCB denies illegal detention of Sushant's staff

Sena Chief Spokesperson Sanjay Raut attacked the Centre for using raids as a political weapon to against opponents.

"We all know that the ED and CBI are being misused. They are puppets in the hands of the Centre. But, we will not bow down before anybody," Raut declared.

He reiterated that the MVA government is stable and will complete its full remaining term of four years.

Simultaneously, he warned that even the Shiv Sena has files about all the murky dealings of BJP leaders.

NCP senior leader and Food & Civil Supplies Minister Chhagan Bhujbal said that the BJP uses central agencies to harass those who are critical of them.

"First they targetted (NCP President) Sharad Pawar with a notice last year, and then many other Opposition party leaders in Rajasthan, Maharashtra or other states... This is sheer vendetta politics. But they will never succeed in their intentions," Bhujbal said.

"The BJP has been constantly targeting political opponents like this... Have you ever heard about any raids on people linked with BJP," Thorat demanded.