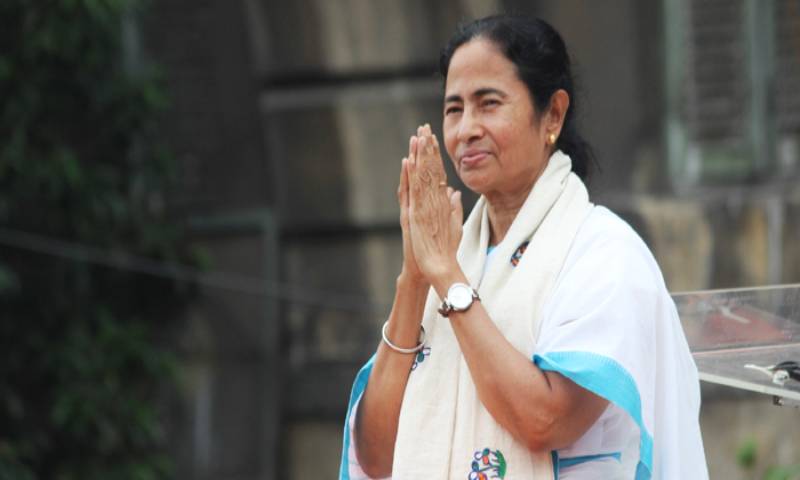 Counting of votes is underway since 8 am, and the early trends project that the Trinamool Congress (TMC) is leading in the stiff battle of West Bengal against Prime Minister Narendra Modi- led Bharatiya Janata Party (BJP).

According to the trends, Didi is back in West Bengal as her party has crossed the magical number of 147 to form the government in the state for the third time straight. While the BJP is just at the two digits i.e. 91, not anyway near to the majority.

Although TMC supremo Mamata Banerjee is trailing in the Nandigram constituency, she is likely to retain power across WB.

Anticipating the historic win, TMC workers have begun the preparation of celebration once the entire picture becomes clear. Being assured about Didi’s hat-trick, a tent in tri-color and a big screen have been put outside Mamata Banerjee’s residence. As per the reports, post-victory Mamata Banerjee might address the media today.

On the flip side, BJP leaders are stunned to see the results yet are confident to win the WB Assembly Elections 2021.

Dilip Ghosh, state president of BJP said, “ I am confident about the victory. Being the party chief, I will take responsibility in case we lose.”

Mamata Banerjee Vs Suvendu Adhikari: Who will win the high-stake electoral battle for Nandigram Seat?

“Trends don’t decide polls, results do. Counting is underway, our party will win,” he further added.

Presently, TMC is leading on 198 seats while BJP on 79. However, in the Nandigram battle, BJP’s Suvendhu Adhkar is ahead of the TMC chief.