In India, engineer’s day is celebrated on September 15 every year, to honour the engineers who have contributed to nation-building.

National Engineer’s Day is celebrated on September 15, every year across the country. The day is observed on 15th September to mark the birth anniversary of eminent engineer Mokshagundam Visvesvaraya, who was born on 15, September 1861 in a village of Karnataka.

UNESCO celebrates world engineer’s day on March 4, every year, at the international level. The day is dedicated to promote, encourage and respect the engineers’ achievement in all fields related to science and technology.

Engineer’s Day 2021: Who was Mokshagundam Visvesvaraya? 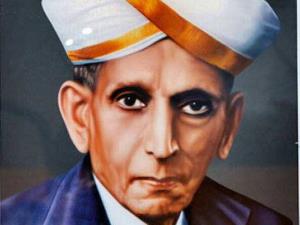 Mokshagundam Visvesvaraya was one of the eminent engineers India has ever got. He was most commonly known as “Sir MV.” The Institution of Engineers India (IEI) called him the “precursor of economic planning in India”.

Engineer’s day is celebrated to appreciate his contribution towards nation-building. He was born on 15 September 1861 in a village called Muddenahalli in Karnataka. He had studied Bachelor of Arts (BA) from the University of Madras and pursued civil engineering at the College of Science in Pune.

He started his career as an assistant engineer in the Public Works Department of the Government of Bombay. Later he joined the Mysore service as chief engineer and had contributed to several technical projects in Hyderabad, Mysore, Maharashtra and Odisha. He gave 34 years of his life to engineering.

Memorial for Sir MV has built at his birthplace, which is managed by the Visvesvaraya National Memorial Trust. The memorial exhibits his awards, titles and personal belongings, including his living room, spectacles, cups and books.