A BJP leader, on the condition of anonymity, revealed that "though farm laws were repealed on the occasion of Guru Purab (November 19), the serious rethink on this issue began in August. 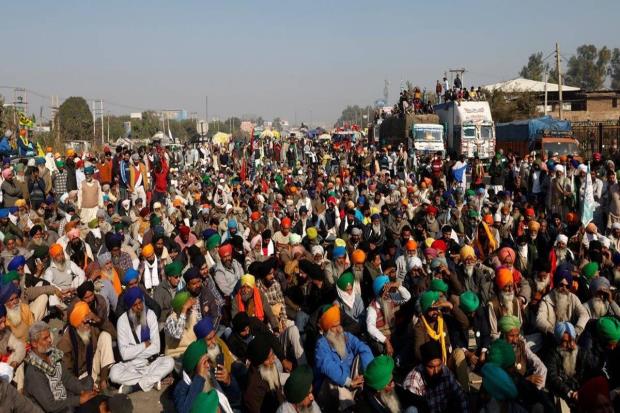 Facing a year long agitation by farmers, Prime Minister Narendra Modi led BJP government finally bowed down and decided to repeal the three controversial agricultural laws. Though PM Modi made announcement on the occasion of Guru Purab (November 19), the serious rethink on this issue began in August, claims sources.

A senior BJP leader, on the condition of anonymity, told media the entire story behind this sudden decision of the Centre.

“Three months ago in August, discussions started about the farmers’ movement. The entire plan was made from 16 to 25 August," he said.

The leader further explained: The BJP's Kisan Morcha was tasked with forming a chaupal among farmers. Meetings were held and veteran leaders from UP's agitation-affected areas were ordered to be present. Many senior leaders, including BJP leader Suresh Rana, State Agriculture Minister Surya Singh Shahi, Rajya Sabha member Vijay Pal Singh Tomar, and others, were among those summoned to the meetings.

“'BJP workers, farmer leaders, and Kisan Morcha were holding meetings and tractor rallies in rural areas since then.' Not only that but everyone was needed to make a report. The report was about the BJP's loss in UP as a result of the farmers' agitation. This report stated unequivocally that the farmers' movement would have a negative impact on the UP elections. The government received this feedback in the middle of October. The decision to repeal the agricultural laws, however, was kept under wraps. ”

If the sources are to be believed, the reports submitted by BJP Kisan Morcha and others have shown that the party will suffer immensely in the upcoming election. On the other hand, incidents like Lakhimpur Kheri violence increased the sourness among farmers.

However, the party still took its time to make the big announcement and here’s Why?

Lakhimpur Kheri has a sizable Sikh population. In order to bolster its chances in UP and Punjab elections, the BJP had to appease the disgruntled population.

Thus, the Kartarpur Corridor was reopened first, ahead of Guru Nanak Dev Jayanti. And on the pious occasion, the farm laws were repealed.

Farmers dominate the political spectrum in Punjab and Uttar Pradesh, where elections are due in less than four-five months.

UP: Out of 110 seats in western UP, farmers protest affects about 100 seats in the upcoming elections. Meerut, Baghpat, Bijnor, Muzaffarnagar, Hapur, Badaun, and Saharanpur were among the cities affected.

At the same time, seven seats in the UP of Bundelkhand were vulnerable.

The feedback flatly stated that "BJP will not lose in UP, however, the number of states will significantly drop."

In western UP, the alliance of RLD leader Jayant Chaudhary and the SP was trying to exacerbate the loss. Chaudhary was constantly holding meetings and rallies in Western Uttar Pradesh, pulling tens of thousands of people.

Punjab: Punjab has a total of 117 assembly seats. There are 40 in the city, 51 in the suburbs, and 26 in the countryside. In both rural and semi-urban assembly seats, the farmers' vote bank determines whether they win or lose. In such a situation, BJP had no choice but to repeal the law before the Punjab elections.

Punjab is divided into three regions: Malwa, Majha, and Doaba. In Malwa, there are a total of 69 seats. Malwa has a majority of rural seats, which are dominated by farmers. This region is crucial to the formation of Punjab's government.

With the research and logic, the Modi government took the big decision and paved its way for upcoming state assembly elections.