Critics accuse the CM of failing to address major issues such as high fuel prices and floods. 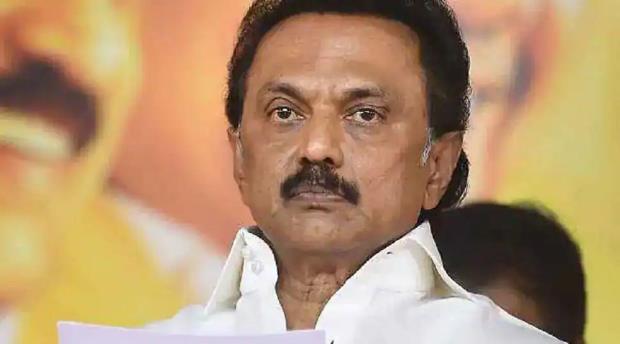 Chief Minister of Tamil Nadu MK Stalin is scheduled to visit Coimbatore for two days to attend events. The city police have issued traffic regulations for Monday and Tuesday in advance in view of CM's visit.

The people of Coimbatore, on the other hand, appear to be angry about the DMK leader's visit, with the hashtag #GoBackStalin trending on Twitter.

With over 42.7K tweets from both supporters and opponents, the hashtag is trending on the social media platform. Where critics accuse the CM of failing to address major issues such as high fuel prices and floods, supporters say the trending hashtag is shameful because Stalin has worked tirelessly for the state's development and has addressed every issue.

Petrol and diesel prices remain unchanged in Tamil Nadu after the Central government cut the excise duty on the two fuels to bring retail rates down from record highs.

On November 3, the government reduced excise duty on petrol by Rs 5 per litre and diesel by Rs 10 per litre to provide relief to consumers who have been hit by record-high retail fuel prices.

The excise duty cut was the highest reduction in excise duty in history. In addition to lowering the excise duty, the union government urged states to lower the value-added tax (VAT) on petrol and diesel to provide relief to consumers. Following this, 26 states and union territories have reduced their VAT rates.

However, Tamil Nadu has yet to reduce the fuel VAT, making people even more enraged.

Also Read: Chennai: Teen runs away with ₹33 lakh cash and gold after parents scold him for playing online games

Monsoon fury is wreaking havoc on parts of the southern states. After the Thenpennai river overflowed, parts of Villupuram and Cuddalore districts in Tamil Nadu were flooded. Around 15,000 people from the two districts have been placed in relief camps, while the overflowing Thenpennai river has flooded 18,500 hectares of farmland in Villupuram.

"Three people have been killed in Krishnagiri and Tiruvannamalai districts in the last 24 hours," said KKSSR Ramchandran, minister for revenue and disaster management.

After the overflowing of the Kosasthalai river in Tiruvallur, which caused flooding in Manali, near Chennai, chief minister MK Stalin paid a visit to the affected areas and directed officials to speed up relief efforts.

Tamil Nadu is expected to receive heavy rains in the coming days, according to the India Meteorological Department. As a result, the weather service has issued a series of yellow warnings indicating heavy rainfall. Coimbatore, Erode, Krishnagiri, Pudukottai, Ariyalur, Cuddalore, Perambalur, Karuru, Trichy, and the delta districts have been issued an alert for Monday, November 22.

As the weather conditions deteriorate, the people of Tamil Nadu alleged that CM Stalin is diverting the attention with events. “Where people witness terrifying floods in the state, CM is busy in attending events,” say critics on Twitter.

Meanwhile, supporters of DMK reiterate measures taken by the Stalin government and projects initiated for the state development.

“During the Chennai floods, Chief Minister Stalin went straight to the scene, met the people, and aided the rescue efforts. He then went on to conduct face-to-face inspections in other affected districts.

He has opened 120 public projects at a cost of Rs 89 crore and is laying the groundwork for new projects worth Rs 500 crore,” say supporters.

Apart from that, Chief Minister Stalin plans to deliver welfare assistance to 23000 people out of a total budget of 440 crores.

“At a time when Stalin is working hard for the state, #GoBackStalin is trending on social media and it is shameful," they add.