Explained: Kangana Ranaut yet again lands herself in soup; Know all about her ‘1947 bheek’ controversy

FIR has been filed against Kangana after she “insulted the freedom fighters.” 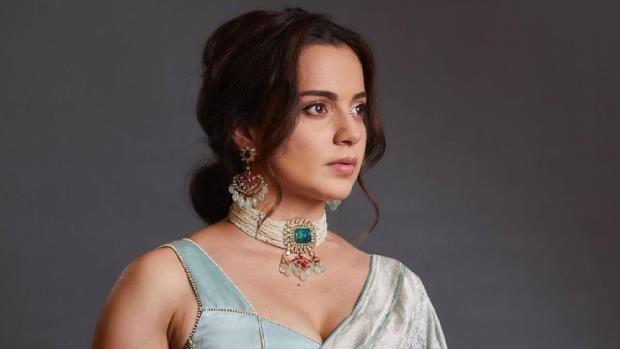 Bollywood actress Kangana Ranaut has a knack for landing herself in soup. This time she made a remark on India’s fight for independence which created a massive uproar among netizens. People on social media slammed the actress for insulting the freedom fighters who sacrificed their lives for the independence of the country.

Kangana Ranaut attended the Times Now Summit 2021 as a guest speaker. At the event, “Controversy queen” spoke on the freedom fight and the British Raj, noting that India gained independence as alms or BHEEK in 1947 and 'real freedom' in 2014.

Several social media users have slammed Kangana for her remarks, with many accusing her of "insulting India's freedom fighters." During her monologue, Kangana mentioned Veer Savarkar, Lakshmibai, and Netaji Subhas Chandra Bose by name.

"Coming back to Savarkar, Lakshmibai, or Netaji Bose...these people recognised that the blood will flow, but it shouldn't be Hindustani blood," Kangana Ranaut said during the summit. They were well aware of it. Of course, they had to pay a prize. Woh azaadi nahi thi, woh bheek thi, Aur jo azaadi mili hai woh 2014 mai mili hai. (That wasn’t freedom, those were alms. And we got real freedom in 2014.)”

A Twitter account named Rofl Gandhi 2.0 shared a clip of Kangana Ranaut of her speech during the summit captioning, “A government sycophant who became a warrior by holding a plastic sword and sitting on a wooden horse, is insulting the freedom soldiers. She’s calling the fruits of our sacrifices, alms.”(translated)

MP Varun Gandhi reacted to Kangana Ranaut’ controversial remarks by writing in Hindi, "Sometimes Mahatma Gandhi’s dedication and sacrifices are insulted, sometimes his killer is respected. And now lakhs of freedom fighters, from Shaheed Mangal Pandey to Rani Lakshmibai, Bhagat Singh, Chandra Shekhar Azad, and Netaji Subhas Chandra Bose, are being insulted. Should I call this thinking madness or treason?”

Actor Swara Bhasker also reacted to the clip of Manikarnika actress and wrote, "Who are the idiots who are clapping is what I want to know.."

Pankaj Jain reacted to the controversial statement of the actress. He wrote in Hindi, "Kangana said that we got Independence in 1947 by begging and we got real independence in 2014. This isn't shocking because this is exactly what we expect from her. According to her, Subhas (Chandra Bose), Bhagat (Singh), or Chandra Shekhar (Azad) didn't do anything. I was bothered by the people who clapped at such a statement. This is where the country is standing now."

Responding to BJP MP Varun Gandhi's comment, Kangana on Instagram wrote, “Even though I clearly mentioned that 1857 freedom fight was the first revolution that was curbed… which led to more atrocities and cruelties from the British and almost a century was given to us in Gandhi's begging bowl… Jaa aur ro ab (Go cry some more).”

Following her remarks, Preethi Menon, national executive chairman of the Aam Aadmi Party, filed a complaint with the Mumbai Police seeking an FIR against Kangana.