Explained: What is Scrub Typhus, the mystery fever reported in UP?

According to the Centres for Disease Control and Prevention (CDC), Scrub Typhus is caused because of bacteria, named Orientia tsutsugamushi. 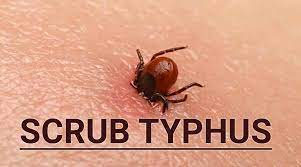 A recent case of the disease has been reported in the Mathura district of Uttar Pradesh. The bacteria have infected more than a dozen people in Mathura. The samples of the infected people were taken by the medical experts and later, it was found that the people have been infected from Scrub Typhus bacteria.

In just 2 weeks, not just adults, the bacteria have infected children as well.  The health department has sounded an alert after the lab reports confirmed that 29 patients, aged between two to 45 years, had tested positive on Sunday.

What is Scrub Typhus?

According to the Centres for Disease Control and Prevention (CDC), Scrub Typhus disease is caused by bacteria named Orientia tsutsugamushi. This is also known as Bush Typhus.

The infection spreads from one person to another after infected chiggers (larval mites) bite the healthy person.

The site where the chiggers bite is called eschar and that area becomes a dark and scab-like region.

According to CDC, because of this disease, a person can experience mental changes, ranging from confusion to coma. In a severe case, the disease may lead to organ failure which may cause death.

Apart from India, the bacteria are found in rural areas of Indonesia, China, Japan and northern Australia.

CDC further urged people not to go near the areas where larva mites may be found and it further said to wear clothes that cover arms and legs so that infection can be ignored.