In the past week, Kerala logged 1,10,593 cases with an average positivity rate of 11 per cent. 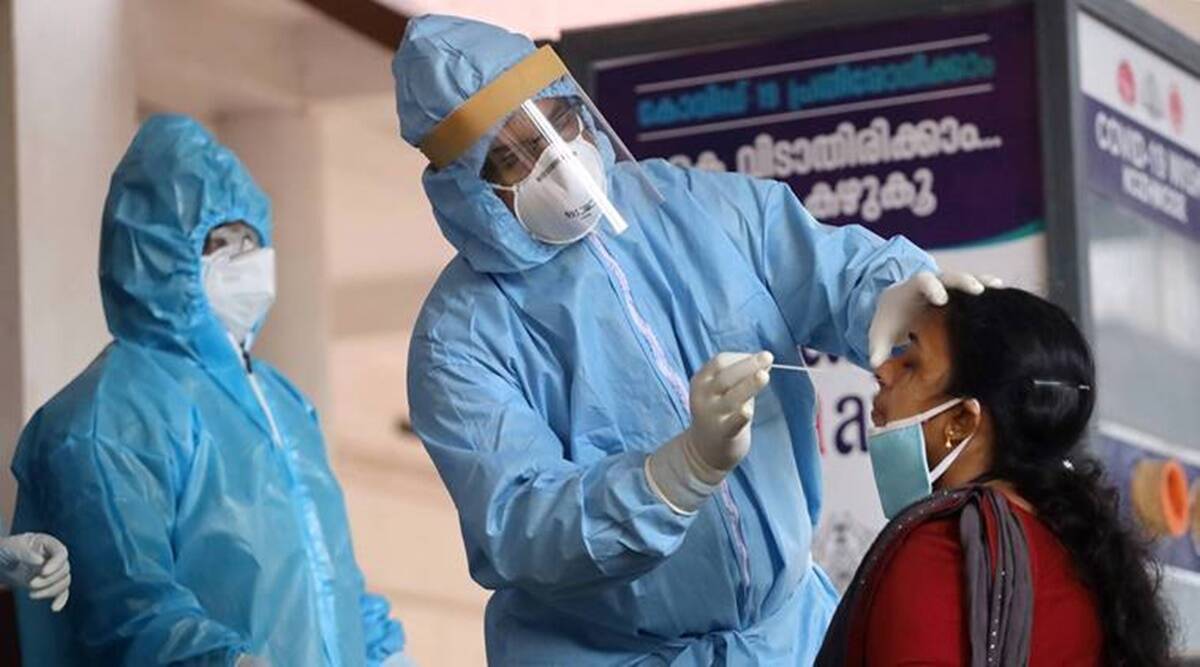 Though the number of daily Covid cases has come down in several parts of the country, Kerala has been consistently recording more than 10,000 cases daily.

The southern state in the past was praised for its strong measures initiated during the Coronavirus management, and now contributing around 40% of the positive cases in the country daily.

In the past week, Kerala logged 1,10,593 cases with an average positivity rate of 11 per cent.

Reasons for the rise in Coronavirus cases may vary from relaxation in Covid restrictions to festivals.

Student leader Eric Stephen had protested by fasting for eight days in Thiruvananthapuram to revolt against the APJ Abdul Kalam Technical University's decision to conduct offline exams for about 2.5 lakh students. After the exams, more than 35 students were reported to be tested positive for Coronavirus.

"Test positivity rate is high and rising... Many students tested positive due to this and I blame the chief minister's management for this," he said.

The system wants to show that everything is normal in the state by conducting offline exams, he added, stating that the Covid situation is beyond what is shown.

He said that although vaccination in the state is much faster than in comparison to the rest of the states in the country, however, its seropositivity figure is lower.

In Kerala, nearly 20.9 per cent of the 18 plus population has been administered with both shots of the Covid-19 vaccine. This is much higher than the national average that comprises 9.9%.

Also Read: World Hepatitis Day: How to safeguard yourself from this fatal virus

However, according to the fourth ICMR serosurvey, data displayed that only 42.7 per cent of the state's population has developed antibodies and the national average is 67.6 per cent. Explaining the reasons behind the rise, Health economist Rijo M John said: "Kerala still has a larger percentage of population unexposed to the virus compared to India. This may be due to relatively better compliance with masking & social distancing despite high population density."

Dr Santosh Kumar, Deputy Superintendent of Government Medical College in Thiruvananthapuram, says that possibly the time has come to look at a fresh combined index to know where the state's stand in the pandemic. "TPR has been between 10-12 for the last 6 weeks, every day, 10,000-15000 cases, gradually increasing. Total cases over one lakh. But hospitalisation... for example, in Thiruvananthapuram medical college, it was 800-1000 but now it has reduced to 250-300. This is a significant decrease."

Dr Santosh further stated that, if in Kerala one sees occupancy of beds, less than 50%, then ventilator is 50% and ICU is also 50% occupancy. He said this is due to vaccination and more patients are in-home care than in hospitals.

While speaking to the NDTV, Kerala Health Minister Veena George said that Coronavirus count in the state is not something surprising, adding that a similar trend was observed in the first wave too and has called the phenomenon "dragging the wave".

The second wave of the pandemic began in Kerala by the middle of April and took its peak on May 12, when around 43,000 covid cases were seen on a single day, the health minister adds.

"It was quite expected in our strategy. We have always tried to keep the number of cases below the state's healthcare capacity threshold," she said, adding that the state is trying to delay the peak again and at present, the focus is to drag the curve.

The health minister listed out certain challenges Kerala has like the population density which is approximately double the national average, a higher number of the elder population and a higher rate of diabetic patients.

The thing to worry about is that more transmission could cause more formation of variants, even if not many cases become severe.

Meanwhile, experts have said that more genomic surveillance is needed.

It is not the only concern of the state, despite an intensive vaccination drive, the state has exhausted all its vaccine stock.

George on Saturday said not everyone will be able to get the vaccine and if the vaccines are not supplied by the centre soon, the inoculation would come to a halt in the state for an indefinite period.