Ex-PM’s daughter lashes out at health minister after bed-ridden Manmohan’s pix goes viral; asserts ‘they are not animals’

Daman explained that her parents had specifically requested that visitors be limited since her father has dengue fever and his immunity is low, posing high risk of infection. 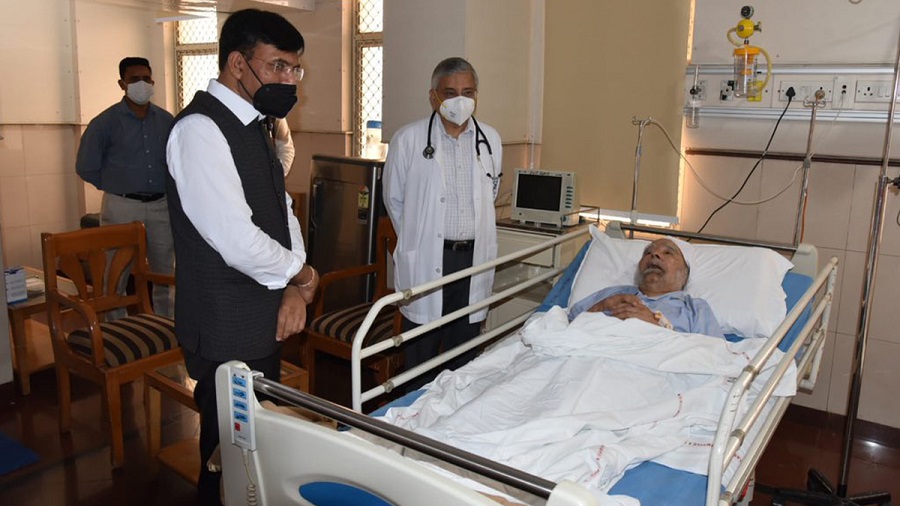 Daman Singh accused the minister of bringing a photographer in despite families clear objection.

The senior Congress leader is admitted to New Delhi’s All India Institute of Medical Sciences (AIIMS) since Wednesday and has been diagnosed with Dengue. The union health minister has come to visit the elderly Manmohan Singh on Thursday but was accompanied by a photographer as well.

Reportedly, Manmohan Singh's wife had requested the photographer to go out, but she was completely ignored. Despite the family’s open objection, photographs were taken which are now doing rounds on social media.

Daman told the media that her mother was upset because a photographer along with the minister had entered the room. She was, however, "totally ignored" when she asked that the photographer leave the room.

“My parents are trying to cope in a difficult situation. They are elderly people. Not animals in a zoo,” she said.

People on social media platforms are also criticizing the minister for his unsympathetic action. Several people tweeted that Singh seemed to be very weak and was not seeming to be in a condition to be photographed for which his and his family's privacy may have been violated.

The family said that the Prime Minister was susceptible to infections and the health minister took photographer along with him which was not safe for Singh and his family worried after this. Daman explained that her parents had specifically requested that visitors be limited since her father has dengue fever and his immunity is low, posing a danger of infection.

Despite two doses of the vaccine, the former PM got Covid-19 in April, at the height of the second wave in Delhi.

People also questioned why the hospital would let a photographer into a patient’s room, especially without his family’s explicit permission.