Netizens are vilifying FabIndia for using the Urdu word to describe a Hindu festival that has hurt the community’s sentiment. 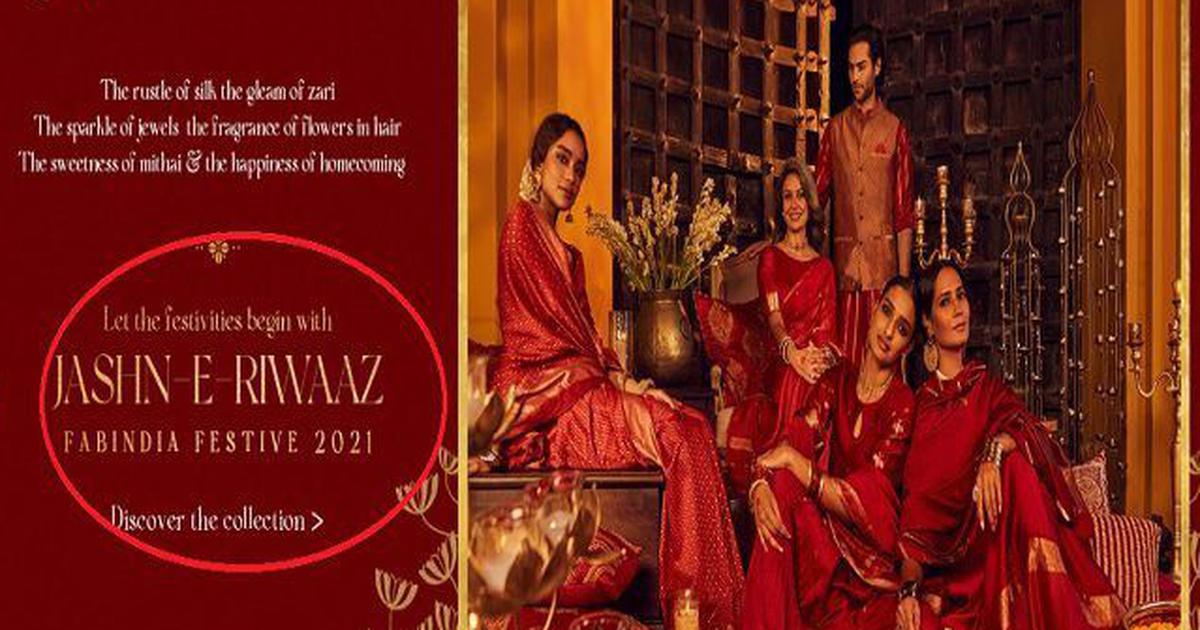 The boycott and ban season doesn't seem to be ending any sooner. After Reject Zomato over imposing Hindi language, netizens are now slamming clothing and furnishing brand FabIndia on Monday for using the Urdu language for their Diwali collection.

On Monday the brand had removed a tweet that triggered outrage amongst social media users including Bharatiya Janata Party leaders, who objected to the use of an Urdu phrase to describe a Hindu festival citing it hurts the community’s sentiments.

FabIndia had in a tweet called its Diwali collection “Jashn-e-Riwaaz” (celebration of customs).

Since then the right-wing group has started calling out to boycott the company saying the use of Urdu has been adopted to hurt the sentiments of the Hindu community.
Users slammed the brand hyper-secularisation of the Diwali festival.

Also Read: Kerala couple braves flood in a cooking vessel to get hitched

FabIndia’s tweet read: “As we welcome the festival of love and light, Jashn-e-Riwaaz by Fabindia is a collection that beautifully pays homage to Indian culture.”

“Deepavali is not Jash[n]-e-Riwaaz,” said BJP MP Tejasvi Surya in a tweet.

“This deliberate attempt of abrahamisation of Hindu festivals, depicting models without traditional Hindu attires, must be called out. And brands like Fabindia must face economic costs for such deliberate misadventures,” he added.

Soon #BoycottFabIndia was amongst the top trending topics on Twitter on Monday evening and FabIndia was forced to remove the tweet. On Tuesday “Urdu” was trending on 20 topics on the microblogging platform.
Also read: #RejectZomato trends after employee ask a customer to learn ‘Hindi'

Some said the tweet was “culturally inappropriate”, and however, some users said that using Urdu in an ad campaign doesn't make Diwali any less of a festival.
People have pointed out that the Urdu language had its roots in India and criticised the intimidation tactics used by Hindutva groups against brands.

Earlier, jewellery brand Tanishq had to withdraw an advertisement featuring a baby shower function for an interfaith couple. Hindutva supporters were infuriated on social media allegedly inspiring that the ad promotes “love jihad”.