"Punjab CM Chiranjit is being baptized. He's not only a Dalit but also a Christian. Probably, only Christian CM of Punjab,” reads the caption of viral video. 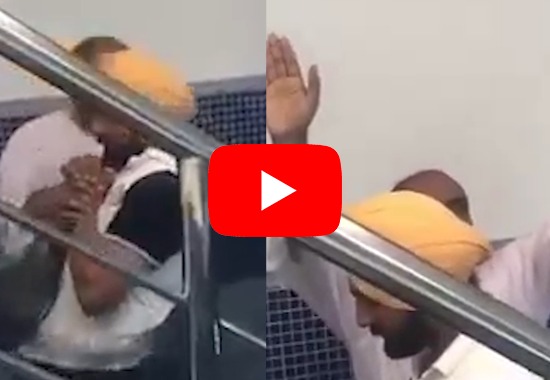 Ever since Congress leader Charanjit Singh Channi is named the Chief Minister of Punjab, several videos and images questioning his religious identity have been circulated on social media. Now, a video alleging that the newly appointed Punjab Chief Minister is being baptised to admit him into Christianity has gone viral.

In the video, a man in a yellow Sikh turban is being baptized. The caption reads, "Punjab CM Chiranjit is being Baptized. He's not only a Dalit but also a Christian. Probably, only Christian CM of Punjab."

However, these claims are false and the man in the video is reportedly a Punjabi singer who is not even identical to Punjab CM Charanjit Singh Channi.

Furthermore, at the 0:30 time of the video, we can clearly hear the Pastor pronounce the name of the person he is baptising as ‘Simranjeet Singh,' indicating that the individual is not Punjab Chief Minister Charanjit Singh Channi.

Earlier, a video of Channi saying Hallelujah was shared with the claim that 'Charanjit Singh hailed the Jesus after being sworn in as the Chief Minister of Punjab.' That video, however, was taken at a ceremony held in a church before Channi was sworn in as the CM.

Amarinder Singh's resignation came just months before the state's Assembly elections. Channi, who is known to be close to Sidhu had rebelled against Singh, stating that he had failed to deliver on previous election promises made by Congress.