Delhi Chief Minister's attack on Punjab CM Channi: Said- A fake Kejriwal is roaming in Punjab these days; One who only talks, doesn't do it, stays away. 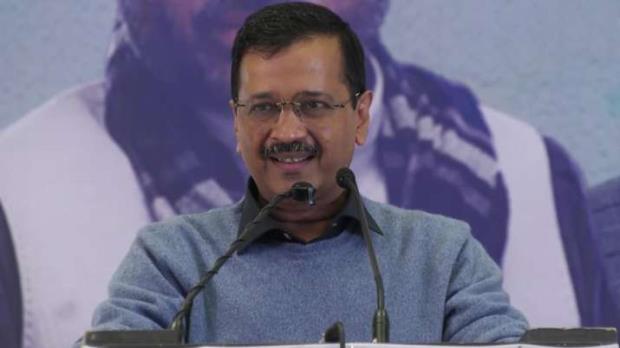 Aam Aadmi Party (AAP) convener and Delhi CM Arvind Kejriwal have attacked Punjab Chief Minister Charanjit Channi in a sarcastic manner. Without taking names, he said that it is very important that a fake Kejriwal is roaming in Punjab these days. Whatever I say, after 2 days he also says the same thing.

Arvind Kejriwal said that the fake Kejriwal only speaks, does not act because he is fake. Kejriwal told people to stay away from him. Only the real Kejriwal will do the work. Kejriwal had reached Moga in Punjab on Monday.

Kejriwal said that he again came to Punjab and when the government came, he talked about setting up 15,000 Mohalla Clinics. Fake Kejriwal also said that I will also make it. It takes 10 days and 20 lakhs to build a Mohalla Clinic. Now it has been 2 months, at least only one Mohalla clinic would have been made for showing. That Kejriwal is fake, so could not make it.

Kejriwal said that I have a meeting with auto-rickshaw drivers in Ludhiana. This meeting was fixed 10 days ago. When the fake Kejriwal came to know about this, he reached the auto rickshaw's office in the morning itself. Kejriwal said that this fear is good. Kejriwal said that women's bus tickets in Delhi are free. Captain Amarinder Singh also imitated me. But he made travel free for women only in government buses. We spent 150 crores on making bus tickets free. There is no shortage of money for this.

The battle between Kejriwal and CM Channi is going on in Punjab over the common man. CM Channi has said many times that I am the real common man of Punjab. He targets AAP on the pretext that now the Chief Minister of Punjab is easily accessible to the people. At the same time, Kejriwal also constantly jumps into the election fray with the image of the common man.