Various tweets are going viral on social media saying that Moeen Ali has stated that he would never come to India to play cricket until the Indian government apologise for the Prophet Mohammed's remark. 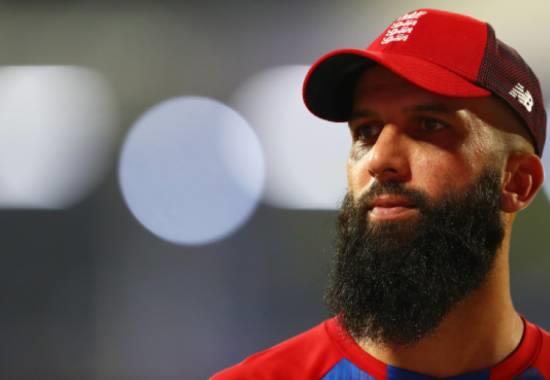 The law and order of India is going through turmoil ever since 'suspended' BJP leader Nupur Sharma's remarks on Prophet Mohammed have gone viral. Nupur Sharma's alleged defamatory remark on Prophet Mohammed has sparked global outrage with the OIC and Arab nations condemning India. Now, another report is going viral saying that English cricketer Moeen Ali has asked the Indian authority to publically apologise over the 'blasphemous' Prophet Mohammed remark.
Various tweets and comments thumbnail is going viral on social media saying that Moeen Ali has stated that he would never come to India to play cricket until the Indian government apologise for the Prophet Mohammed remark. Not only this, but it is being also claimed that the English cricketer has threatened to boycott IPL over Nupur Sharma remark on Prophet Mohammed.
Moeen Ali alleged tweet over Prophet Mohammed row
Also Read: England and CSK star Moeen Ali gets OBE; says open to come out of Test retirement
"If India does not apologize for its blasphemous statement, I will never go to India to play match again, I will also boycott the IPL. And I will appeal to my fellow Muslim brothers to do the same. I Love Muhammad P.B.U.H," the tweet reads.
It is pertinent to mention here that Moeen Ali never made any sort of comment on the ongoing Nupur Sharma Prophet Mohammed remark. The statement was first published by a fake account of Moeen Ali suggesting that he will boycott playing any kind of cricket in India.