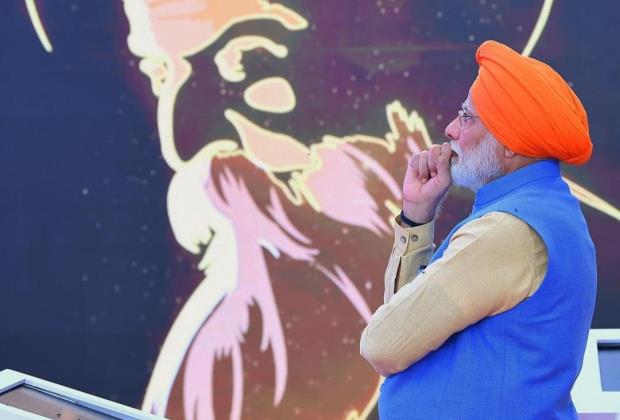 Prime Minister Narendra Modi is set to visit the poll-bound state of Punjab today. This will be his first visit to the state after the farmers’ protest and ahead of crucial state elections. Meanwhile, the state government has invited farmer leaders for a meeting with PM Modi on March 15.
On Wednesday, the Punjab government invited three farmer leaders- Satnam Singh Pannu, Sawinder Singh Chautala and Sarwan Singh Pandher- to meet with BJP supremo and Prime Minister of the nation, Mr Narendra Modi. In the meeting, PM Modi and farm representatives will hold a discussion over the pending demands of the farmers.
The Prime Minister, on Wednesday (January 5), will travel to Ferozepur to lay the foundation stone for the PGI satellite centre. Mr Modi will lay the foundation for a project that has been in the works for eight years. According to prior announcements by former Union health minister Dr Harsh Vardhan, the facility will have 400 beds.
Meanwhile, farmers from Amritsar and Tarn Taran districts, unified under the banner of Punjab's Kisan Mazdoor Sangharsh Committee (KMSC) left to disrupt PM Modi's planned rally in Ferozepur district.
Farmers gathered at Chabba hamlet on the outskirts of Amritsar and marched to Ferozepur to protest against the rally claim that their demands for justice, the enactment of the MSP Guarantee Act, and the dropping of cases against farmers and labourers in all states have not been met.
Also Read: Will PM Modi’s Punjab visit be a watershed moment in state’s political spectrum?
Modi’s rally a threat to Congress?
According to sources, it is expected that in the coming days few more MLAs might leave the Congress party ahead of Punjab elections 2022. Former Punjab CM Captain Amarinder Singh’s close confidants who are still in Congress are likely to make a shift to BJP.
Senior leaders from Doaba, Malwa and Majha regions are also expected to switch to the saffron party.
As per experts, it is anticipated that in order to appease disgruntled farmers and the Sikh population, PM Modi could address major issues of the community and make big announcements.
It is worth mentioning that BJP will contest Punjab elections in alliance with Capt Amarinder-led Punjab Lok Congress and Sukhdev Singh Dhindsa's SAD (Sanyukt). In the 2022 elections, BJP is gearing up to contest for around 70 seats out of 117, for the first time. Captain Amarinder’s party will contest for 30 seats and Dhindsa’s outfit for 17.