Seema Kumari, a graduate of the YUWA class of 2021 has earned a full scholarship from Harvard University in Cambridge, Massachusetts last week. Apart from Harvard, Seema was also chosen by Ashoka University, Middlebury College, and Trinity College-Hartford.

Seema hails from a distant village of Dahu in Ormanjhi, Jharkhand. Her parents, who had never had a chance to get a formal education, rely on subsistence farming for a living and her father also works as a labourer at a local thread factory.

Seema is the only girl in her family to attend a university.

In 2012, she joined a Yuwa football team. Since then she has been playing football for years despite the taunts she received for wearing shorts. She has also voided child marriage and had protected her rights to get an education to achieve her dreams. 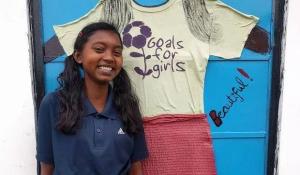 Young girls from poor-stricken families are supported by the YUWA school belonging to rural Jharkhand.

Seema started working as a Football coach to pay her school fees and in 2018, she was accepted to the Washington University of St. Louis' Young Leaders Institute for high school students.

Reportedly, Harvard University had a low acceptance rate this year but Seema managed to battle against all obstacles to secure a place for herself in the university.

She has not yet decided on what subject she would like to major in at Harvard however, she is clear in her vision about her future goals and wishes to bring gender equality to her community. 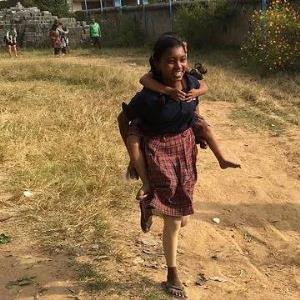 Yuwa India has written Seema’s inspirational story alongside a series of her photos. They wrote on how this young girl fought all odds to make it to the prestigious university. The post shows her struggle and what she intends to do for her village where women face numerous kinds of gender discrimination and more.

The Instagram post read, "Last week, Seema—a Yuwa Class of 2021 graduate and coach—was offered and accepted a full scholarship to Harvard University in Cambridge, Massachusetts. Seema was also accepted to Ashoka University, Middlebury College, and Trinity College. Seema is the daughter of illiterate parents in a village in Ormanjhi. Her family relies on subsistence farming as well as her father's work at a local thread factory. After joining a Yuwa football team in 2012, Seema has avoided child marriage, defended her right to an education and played football for years despite being ridiculed for wearing shorts. She will be the first woman in her family to attend a university."

"Although Seema does not know what she will major in at Harvard University yet, she has a clear vision for her future: "Gender equality is a development that I want to see in my village and the whole world. Bringing gender equality to my community is essential to reduce injustices against women like gender discrimination, domestic violence, child marriage etc. It would not only show economic growth but also social, where women take part in decision making at each house. I plan to start an organization for women in my village. This program would have two goals. One to start a small business that would train women to be financially independent. The other is to educate women about their rights and to build a bigger network to support women by providing essential vocational skills and knowledge." CONGRATULATIONS, Seema! We are all so proud of you,” the post further added. 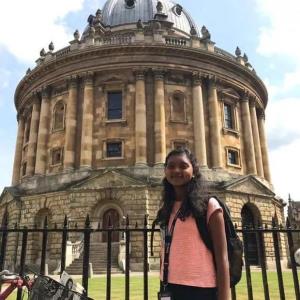