Former Chandigarh BJP president and Himachal co-incharge Sanjay Tandon was attacked with sticks and stones pelting were done on the vehicles of BJP leaders. 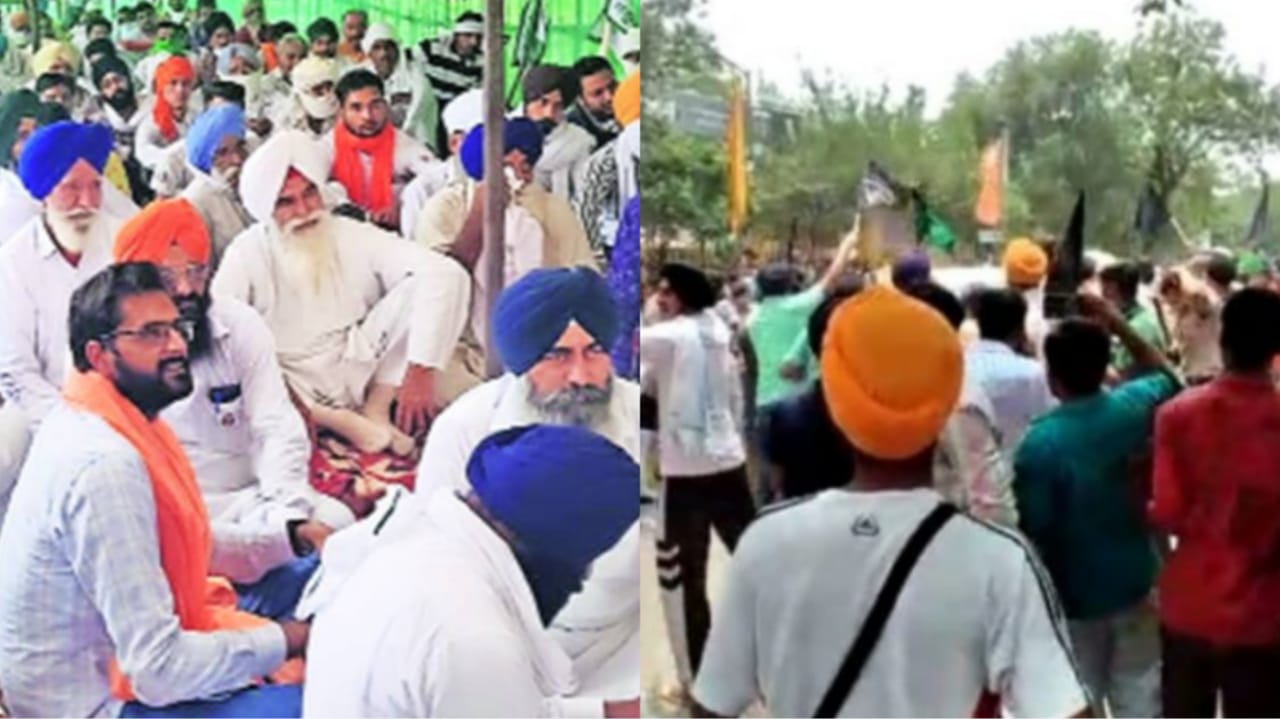 Protesters against the farm laws caused a commotion in Chandigarh's Sector 48 motor market on Saturday. Former Chandigarh BJP president and Himachal co-incharge Sanjay Tandon, who arrived at the reception hosted by the Motor Market Association, was attacked with sticks and stones pelting were done on the vehicles of BJP leaders.

Meanwhile, the agitating farmers surrounded the mayor and other BJP leaders for a long time. The present police personnel, after a lot of hard work, got the BJP leaders, including the mayor, out of the commotion. Meanwhile, a heavy police force including SP South Shruti Arora, Sector 49 police station in charge was present.

According to the information, in March 2021, an evacuation drive was launched in the motor market of Sector 48. The Chandigarh BJP and the Municipal Corporation had given a lot of help to the Market Association. That is why the Market Association had organized a program to thank the mayor and other BJP leaders.

Chandigarh BJP divisional president Abhi Bhasin said that the program was scheduled by the market association at 10 am. Everything was going well and the atmosphere was calm. Shortly afterward, about 400 protesting farmers appeared on the scene and start shouting anti-BJP slogans. Some of the protests surrounded the vehicles of the BJP leaders and reportedly attacked them with sticks and stones. Meanwhile, police resorted to lathicharge to disperse the agitating mob of protesting farmers, and some of them were taken into custody.

Meanwhile on the call given by farmer leaders hundred of farmers started gathering at the police station and sat on a dharna. They were demanding the release of the arrested farmers. However, the impasse continue till the filling of this report.