The Hyderabad MP had violated covid guidelines, found without a mask and not followed social distancing and had arranged large crowds at the party rally at Katra Chandana on Thursday. 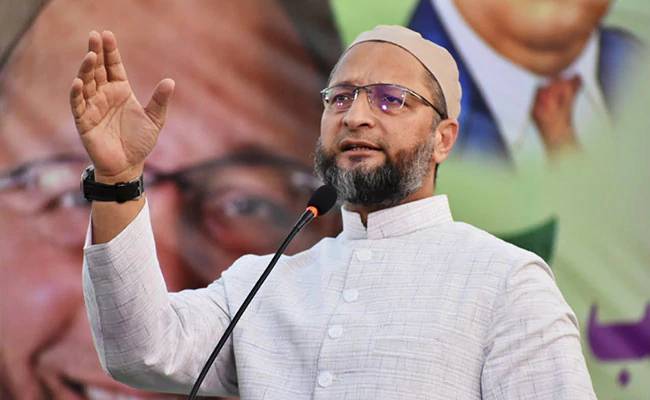 The Barabanki city police station had registered an FIR against the AIMIN chief on Thursday night, after the party’s rally. He has been charged under various sections of the IPC about fostering enmity on grounds of religion, disregarding the order of a public servant, and the Epidemic Act, among others, informed the superintendent of Police, Barabanki, Yamuna Prasad.

The Hyderabad MP had violated covid guidelines, found without a mask and not followed social distancing and had arranged large crowds at the party rally at Katra Chandana on Thursday.

"In his speech, the AIMIM chief made statements for vitiating communal harmony and said the 100-year-old Ram Sanehi Ghat mosque was razed by the administration and its debris was also removed. This is contrary to the fact," stated the Barabanki SP.

“Asaduddin Owaisi tried to vitiate communal harmony and incite feelings of a particular community. He also made indecent and baseless remarks against the PM and the Uttar Pradesh chief minister," he added.

Ahead of the UP assembly elections, Owaisi was on a three-day trip to the northern state, where his party is planning to contest from 100 seats

Attacking strongly on Narendra Modi, Mr Owaisi stated that the PM is making all efforts to turn the country into a "Hindu Rashtra".

"Ever since Narendra Modi became prime minister, efforts are on to demolish secularism and make the country a Hindu Rashtra," the MP from Hyderabad was quoted by PTI.

Owaisi, pointing at the law against instant triple talaq, had spoken about the "plight" of Hindu women.

"BJP leaders talk about injustice against Muslim women subject to talaq but remain mum on the issue of the plight of Hindu women discarded by their men,” Mr Owaisi said while passing a scathing attack on Modi.

"My bhabhi (PM Modi's wife) stays alone in Gujarat but nobody has an answer for her," said the minister.