FirstStoryPositive: Meet 22-year-old Amit Srivastava, founder of only Robotics NGO based in Jalandhar

From an idea that sprouted inside a classroom to reality, read the story of 22 year old student who brought up a whole community of robotics enthusiasts. Author : Sneha Mathew 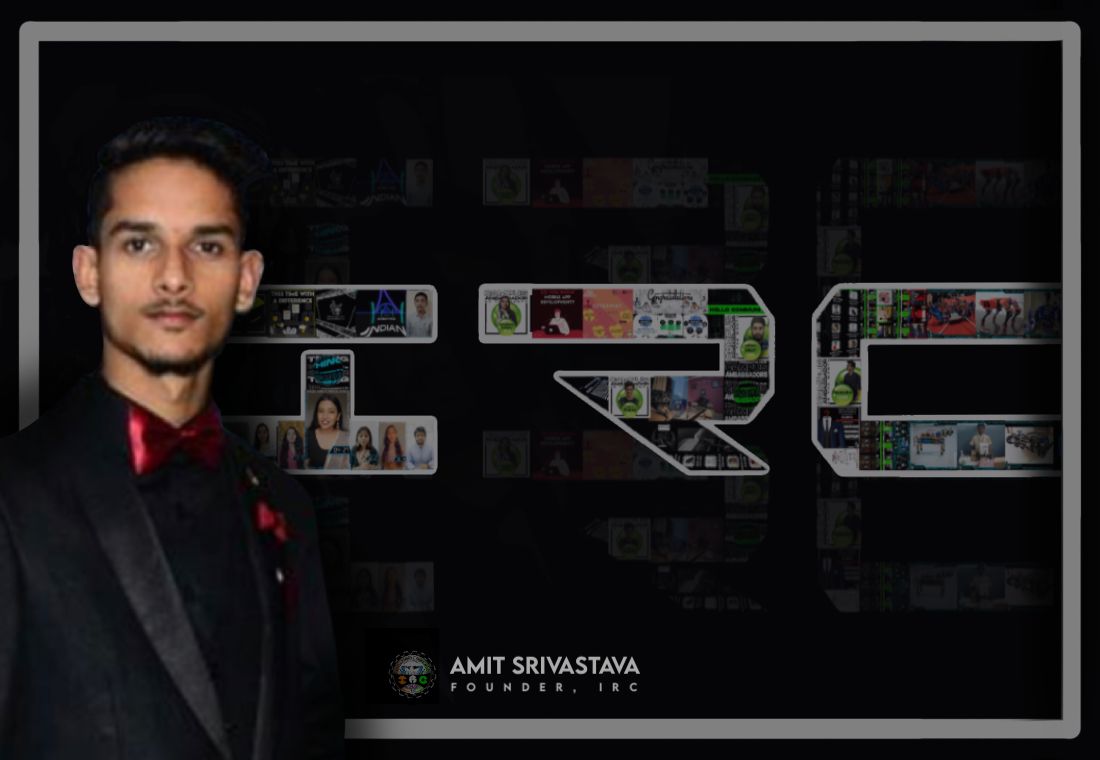 Amit Srivastava, an Electronics and Communication Engineering student from Uttarakhand started off with an idea to bring about a change. “I had always been into robotics and like any other kid from school I would often dismantle all my toys,” said Amit in an exclusive interview with Truescoop.

He spoke about how his curiosity always kept him on the edge but he did not have anyone to guide him. In the country where knowledge was blinded by grades and academics, his sprouting interest in robotics never got a launch.

Until a few years later, in his second year of graduation the 22- year-old started a non-profit community for robotics, he brought together like-minded people who were as passionate about building and teaching robotics as him and brought about the change that our coming generation wanted.

When he started off with building robots and making drones he faced a lot of rejection from places he reached out for help. After presenting the idea to various people and facing rejection multiple times, he started his own social media handle where robotics enthusiasts from around the world and across the country came together to learn, teach, share and reach out.

The base plan of starting the NGO began in the month of June in the year 2019 and by the end of the year, the NGO was registered with the name Indian Robotics Community and came into full swing.

The interesting fact about the team is that not all of them come from a robotics or science background, most of them are working in other fields and hold an interest in drones and robotics.

IRC has been actively helping school students from across the country to have access to webinars, seminars, lectures and competitions free of cost. The NGO has collaborated with two schools The Horizon School in Uttar Pradesh and St Mary’s Convent School, Uttarakhand.

On being asked how his family has been supportive, Amit laughed and said, like any other Indian parent his father wanted him to have a stable job, probably campus placement and get settled like all the other students his age.

“Managing was tough, I knew where the goal was but I didn’t know the path, it was 10 times harder to manage and sound convincing being a student myself. We are still growing and at a good pace and I am sure there have been many who come and learn through us and go back with knowledge.”

To date, the non-profit organization has conducted more than 50 webinars and seminars over their various social media platforms where students from schools and colleges actively took part. A couple of innovative competitions have also been organized where students were challenged to portray their skills. The judges of these competitions included lecturers and researchers from various countries including India.

“We always wanted our platform to be free for all to join, that did bring along a lot of challenges when it came to the competitors. On the other hand, it was surprising to see how some people were more than happy to contribute their time to impart knowledge and guide the community members” he added.

In a country like India, where Robotics is the future and yet not much importance is being given to it in a nascent stage. Such young minds have been actively coming up with innovative ideas and solving challenges creatively which will contribute to the fast-paced technical world where everyday something new is created, made or invented.