Meet Jai Sharma who has fostered 38 kids, who have lost their parents due to global pandemic covid-19.

Covid-19 was very harsh on each and every citizen. Many children became orphans due to the second wave of the global pandemic. During such a hard time, many people stood up and the internet is full of inspirational tales and stories. Today, we have brought such a story that features Jai Sharma who is a foster dad of 38 children.

Jai is definitely a hero without a cape. Jai hails from Dehradun and he gave up his MBA at the age of 22 and started an NGO – Just open yourself (J.O.Y). During Covid-19 second wave hit the country he distributed relief aids to the people and during this time he came across children who were orphaned due to this lethal virus.

At that time, he decided to adopt 38 children and he became their foster dad. Jai told TOI, “We aim to finance the education of these students for the next 2-3 years till they become self-reliant.

When the second wave of COVID-19 started, we encountered five such families in the initial two weeks where both the parents had died, and the child/children were left alone at home. A few of these children were of class 4th-5th age group, one was in 12th, and the rest were small in age. At that moment, it hit our mind that this unfortunate scenario is inevitable, and we were to come across more such cases as the pandemic rose.”

Jai loves his kids as much as their real parents and regularly shares pictures with his kids on the social media platforms.

Here are some of the pictures which may leave you misty-eyed: 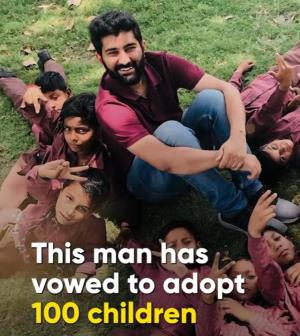 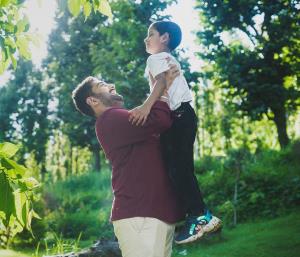 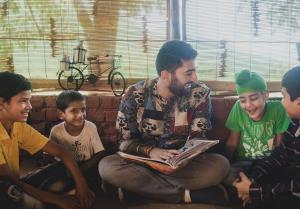 Jai Sharma with his team has participated in many acts of kindness and he has vowed to adopt 100 kids. J.O.Y is engaged in multiple activities which are good for nature and humans. They have organized many camps for menstrual awareness, growing plants, child’s education and Covid relief.

Have a look at team J.O.Y 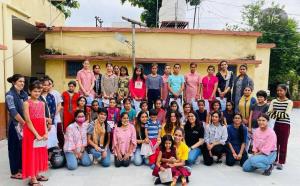