FirstStoryPositive: Meet 26-year-old, who rescues and shelters homeless in Hyderabad 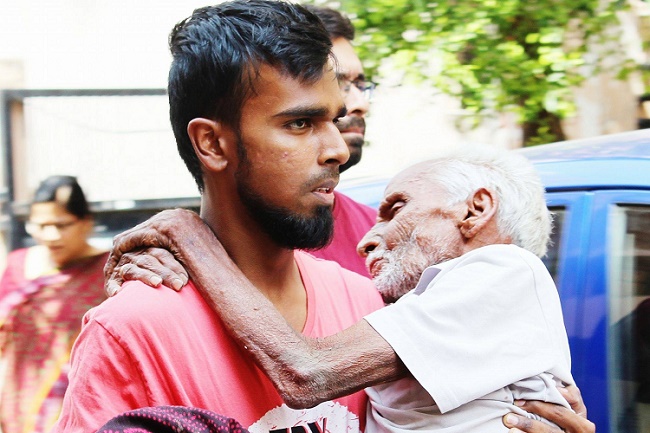 Here is an anecdote on Jasper Paul, who belongs to Hyderabad and has provided shelters and rescues to thousands of homeless people along with his non-government organization – Second Chance Foundation.

In 2014, Jasper met with a fatal accident as his car flipped thrice on the road but may call it luck or fate he walked without a single scratch. After surviving the fatal accident Jasper said, “I’d got a second chance, so I decided that if I live, I should live for other people.”

Two months later, when he was passing through the same road, he saw an elderly woman who was ghastly. Her festering wounds, crawling worms and the murky weather would have deterred anyone. At that time, Jasper decided to help her and he took her to the hospital. Later, she was admitted to the hospital and was discovered by her family.

While sharing the incident, Jasper said, “I filmed a video of the incident and shared it over social media, which went viral and reached the right people, and the woman was discovered by her family, who had been looking for her for quite some time.”

After this incident, in 2017, he started a non-government organization (NGO) – Second Chance Foundation, a shelter home devoted to rescuing and rehabilitating the ill, abandoned and destitute.

“Initially, funding was a major challenge. But we remained focused on our work. When people see the impact you’re creating, support throngs automatically,” Jasper told The Better India.

To raise awareness about the work and to reach more people, he started sharing transformational pictures of the people on the internet.

Slowly and steadily devoted care extended and people started to donate to the initiative. Additionally, the NGO began collaborating with crowd-funding platforms like Donatekart and Milaap.org.

Currently, the NGO has been extending its help in cities like Vishakhapatnam and Adilabad.

NGO founder said, “Today, we have an in-house team of 20 members at the NGO. This is complemented by on-call doctors that provide medical support as and when needed. We operate on the basis of a widespread network that we have weaved over the course of time.”

He added, “Whenever someone spots a person in need of care and shelter, a call reaches Second Chance, who then comes to the rescue. We get three to four calls a day from local police, social welfare departments, and the general public of the city.”

In a voice of satisfaction, Jasper said, “To date, we have helped more than 1,500 people and many of them have also reconnected with their families.”