Vikram Agnihotri not only does activities like swimming and playing football. He also drives cars and is the first armless man to get a driving licence. 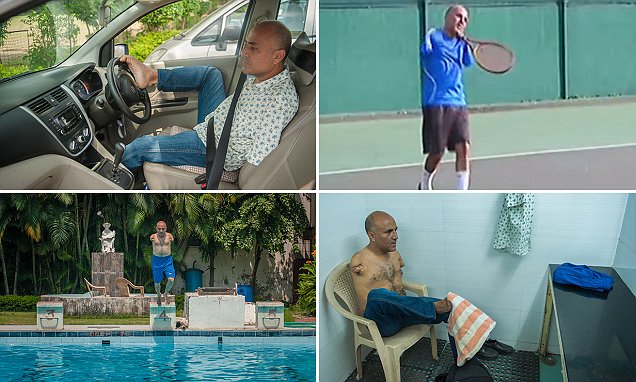 “Where there is a will, there is a way,” this is proved by Vikram Agnihotri from Indore. He lost both arms when he was seven due to electrocution. But he did not lose hope and prepared his legs to do all that his arms could perform. He studied in regular school, completed his degree from a regular college, and became the first armless man to get a driving licence. Now, he runs a gas agency and is a motivational speaker.

He said that he learned to drive because he did not want to depend on anyone. He said, “I used to have a full-time driver. But then I realized... I cannot depend on anyone for my basic needs.”

Soon after he was released he brought an automatic car but still driving seems difficult for him as he had no one to help. None of the driving schools said yes to teach a physically impaired person but Vikram did not lose hope and tried to learn how to drive through the online available driving tutorial.

After becoming an efficient driver, he faced another challenge as the law did not permit giving licences to bilateral amputees. But he fought against this as well and took the case to the court and he did not give up till the law was amended. A licence was then granted to Vikram and since then he has driven more than 25,000 KM and he would soon register his name in Limca Books of Records.

Presently, Vikram is a motivational speaker and also heads the Vital Spark Welfare Society, where he provides motivational training, lectures and speeches to everyone – from a kid in primary school to an adult working in an MNC.

Vikram Agnihotri was born to Vinaykant Agnihotri, an IPS officer (now retired) and Vijayalakshmi Agnihotri (now late) in Gwalior. They were pillars of Vikram’s life and they never made him feel that he has lost something inseparable.

Vikram drives, swims, writes, and plays football only because of the motivation and encouragement that he received from his family.  During an interview, he said, “I was lucky to be surrounded by people who encouraged me to take my disability in stride. I was never made to feel embarrassed because of not having arms. There was no bullying or taunts ever, only encouragement.”

Vikram also trained himself to perform daily chores like brushing, bathing, shaving, etc. he was helped by his family, especially his mother.

The story of Vikram’s struggle to lead a normal life, his zest for life and his never-say-die spirit is an inspiring one.