FirstStoryPositive: Meet “Nest Man of India,” who has built lakhs of homes for birds 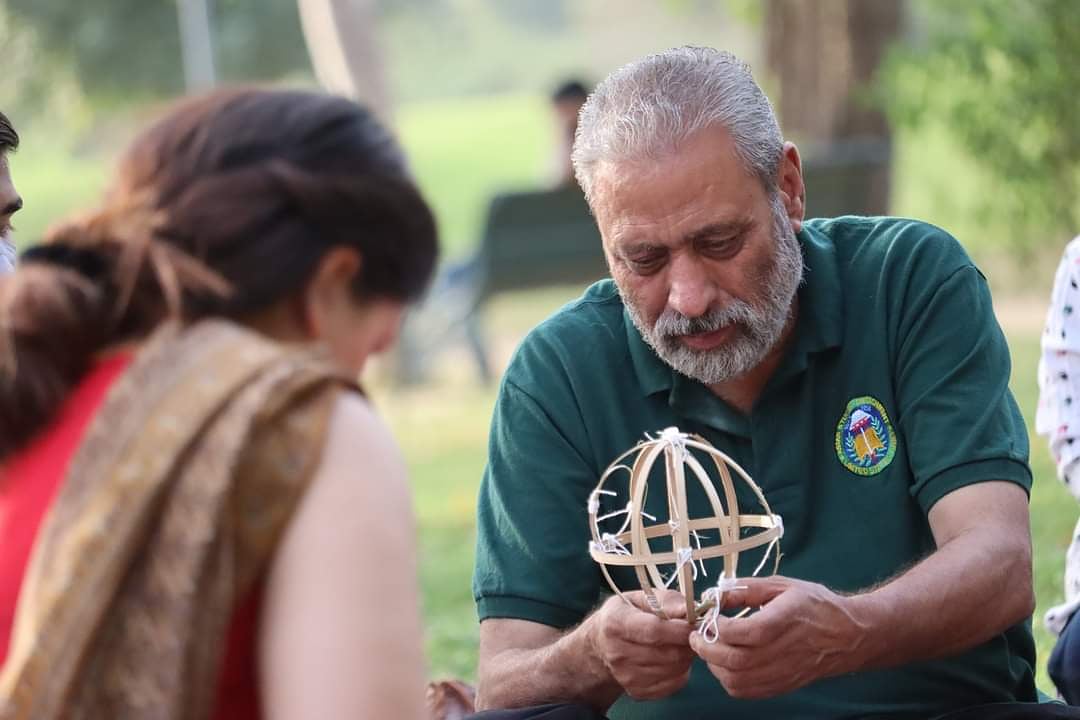 Every year we hear news related to a decrease in the number of birds because of the emission of carbon dioxide or radiation through mobile towers or mobile phones. Some human activities have even snatched away from their shelters, once such activity is an urban settlement.

Such a problem was observed by Rakesh Khatri, a documentary filmmaker by profession but environmentalist by passion, who lived in Purani Dilli and has grown up with the warnings like not to switch on the fan as the birds nested in the high corners. He later shifted to Ashok Nagar and observed that birds wanted to enter the buildings, in search of homes as their homes were vanished because of urbanization.

After seeing the condition of birds, he started making nests for them with raw coconut shells and shredded newspaper. Unfortunately, he failed during his first attempt but he did not give up and tried hard for the next time.

For the second time, he used bamboo sticks, jute thread, and husk which were lightweight and could be hung. This time, within four days birds came and made the nest their home.

Today, he makes a variety of bird nests using tetra packs. To date, Rakesh Khatri has made a whopping 1.25 lakhs nests for birds across India.

According to the official website of his foundation – The Eco Roots Foundation, Mr Khatri has been recognized with various awards like:-

Also Read: FirstStoryPositive: Two friends from Kerala set out on a noble cause of blood donation awareness

Eco Roots Foundation was founded in 2012 by environmentalist Mr Rakesh Khatri, also known as the Nest Man of India. Since commencement, the NGO has been working tirelessly to conserve the ecosystem, environment, and bio-diversity.