FirstStoryPositive: Man who battled poverty as child assist hundreds of poor during pandemic

Ram, who is now 30 years old, says he is dedicated to assisting people who are in desperate need. 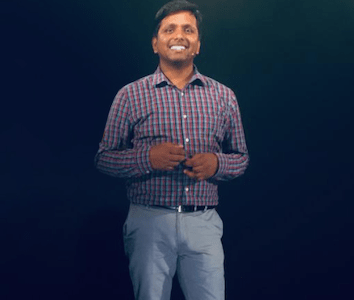 Rambabu Sharma is a Senior Engineer at Siemens Limited and the founder of the Youth Empowerment Foundation, a non-profit organisation. His story is about a young kid who, despite the government's and society's indifference, encountered a few kind-hearted people along the way who provided him with the boost he needed at the time. It's the story of a little kid from Samastipur, Bihar, who never had time to bemoan his lot in life. He just didn't give up.

“I don't carry a grudge for how my life turned out, but I am glad for all I've experienced. And I want to return the favour so that no one suffers as a result of someone's refusal to give,” he says.

Ram, who is now 30 years old, says he is dedicated to assisting people who are in desperate need. “I've seen what a little assistance can do and how much hope it can give to people”. 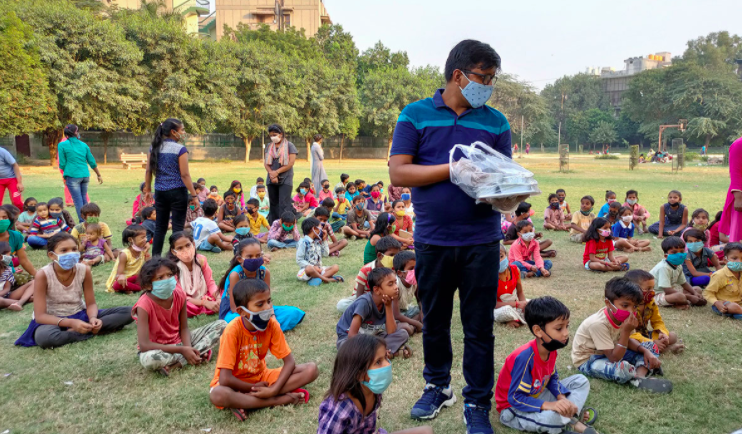 As Covid 19 struck havoc across the country last year, he didn't hesitate to set up a helpline to help "anyone in need of anything." He shared the helpline number on social media and with other non-governmental organisations. The first caller was a daily wager from the Zamrudpur slum in South Delhi, who had lost her work and was supporting a sick husband. Their landlord threatened to evict them from their rented one-room apartment. During the epidemic, landlords were not permitted to evict renters, so Ram directed the distressed woman to the local Pradhan. When it didn't work, he sought the help of a volunteer to pay the rent.

Another caller stated that she was unable to feed her family due to a lack of food. He told her to go to a neighbouring store and get whatever she needed, and he would pay the shop owner afterwards. His phone didn't stop ringing after that. He's put together a team of a few volunteers to provide quick or immediate support.

He was able to assist around 1500 jobless daily wagers throughout the country.

With only two to three ground volunteers in Delhi at first, they went door-to-door delivering groceries and relief items. His phone never stopped ringing, and he couldn't bear to turn down anyone who needed assistance. As a strict lockdown was imposed, it became more difficult for individuals to go out to assist others. Ground volunteers refused to budge out because of a shortage of supplies and fear of the infection, he adds. That left him alone to work 18-20 hours a day to make sure no one was left waiting for help. 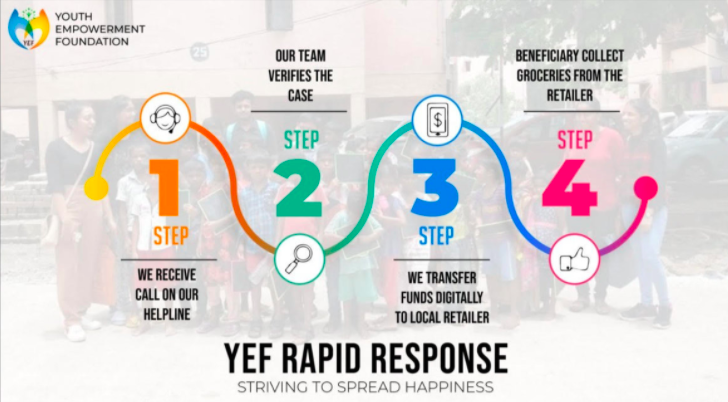 After then, he created a four-step procedure and assigned four separate teams to manage the helpline in a very smart manner. This made the job easier. Beneficiaries were also permitted to take as much food as they wanted. The money would then be transferred to grocery stores by his team. Another problem occurred soon after. There was a scarcity of resources, and he couldn't help anybody else since he didn't have any more money. That's when he teamed up with a few college students to organise an online fundraiser, which received a lot of support from socially responsible people. That strengthened his helpline, which is available 24 X 7. Volunteers came out to help him after seeing his efforts.

Also Read: FirstStoryPositive: Two friends from Kerala set out on a noble cause of blood donation awareness

Ram established Covid War Room in Delhi in April this year, with the support of around 100 volunteers and 20 teammates, to assist sick people. He was able to assist around 400 families that were in need.

His mother worked as a labourer for 20 rupees a day while caring for her mentally ill and financially disadvantaged father.  Rambabu had two more brothers.  He had to drop out of school when he was 10 to work as a full-time domestic helper since his father required medical care. He looked after cattle while carrying his books. He read whenever he had free time. His employer noticed him with his books one day and enrolled him in school. He finished seventh grade but had to leave school for his father's treatment.

He moved to Delhi when he was 14 years old, and his relatives employed him as a carpenter's helper. He didn't, however, give up his books. Between 2004 and 2010, he still continued to read his books while working on construction sites making doors and windows, earning Rs 100 each day. 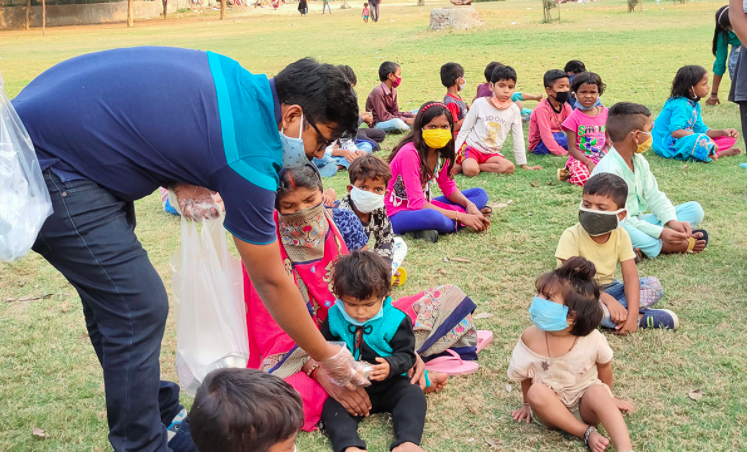 He came upon a pamphlet on the wall one day. He made the decision to enrol in a three-month computer training programme.

Rambabu, then 20 years old, passed his tenth-grade test at the Open School in Bihar in 2010. He earned his mechanical engineering diploma by attending courses from 9 a.m. to 5 p.m. and working late on construction assignments.

He intended to take a B-Tech programme in 2013, and he scored the first position in the entrance exam at Guru Gobind Singh Indraprastha University, but the Rs 35,000 fee was a barrier. “I worked as a small carpenter to support my family. He recalls, "I was penniless."

He approached numerous NGOs for help, but not a single one responded, and he was eventually given Rs 20,000 by someone. He recalls it being a sad night since he had never held such a large amount of money in his hands before.

With the help of many individuals, he was enrolled in a renowned engineering college and was awarded a full scholarship the next year.

His darkest period of life began soon after his admission. Due to medical negligence, he lost his mother. His sole regret is that his mother did not live to see him complete his course and reap the harvest of the sacrifices she has made in her life. 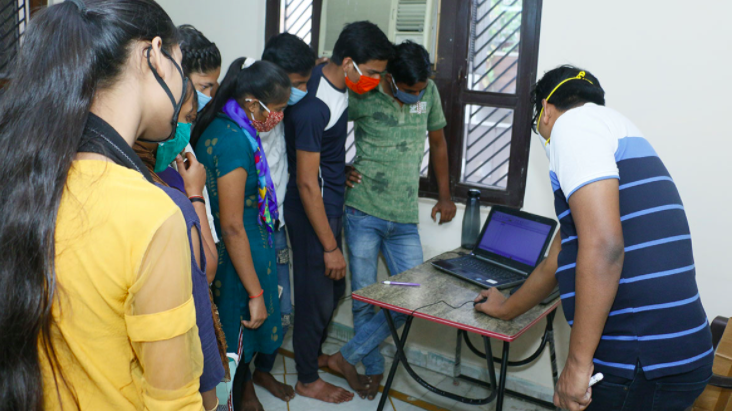 He thought his troubles were ended, but he was mistaken when he learned that no company would hire him from campus placement since his age would exceed 24. He was 26 when he finished his degree. As a result, when he graduated in 2016, no company hired him. He took up a full-time data entry job after that.

Rambabu was hired by Siemens, a prominent German industrial manufacturing company, in Gurgaon in 2017.

He was sent to Germany and a number of other countries to install various thermal power plants. In his first year on the job, he began giving back with whatever he had earned and has continued to do so to this day.

Today, Rambabu lives in a rented house in Rani Bagh in Northwest Delhi with his assistant professor wife. Recently the couple was blessed with a child.

Rambabu says he wants to make sure he can help other children who are less fortunate. That is why he founded the non-profit Youth Empowerment Foundation in 2017 with the goal of educating more than 10,000 youngsters.

He says, "Nothing will stop me from giving back."

This was the inspirational story of Rambabu who had immense struggle and determination in his life. We can learn from him that despite poverty and a struggling career, how we can give back to our country what we have achieved today.