Over 9,900 Haitians have been reported to be injured in the earthquake that struck the Caribbean island Saturday night. 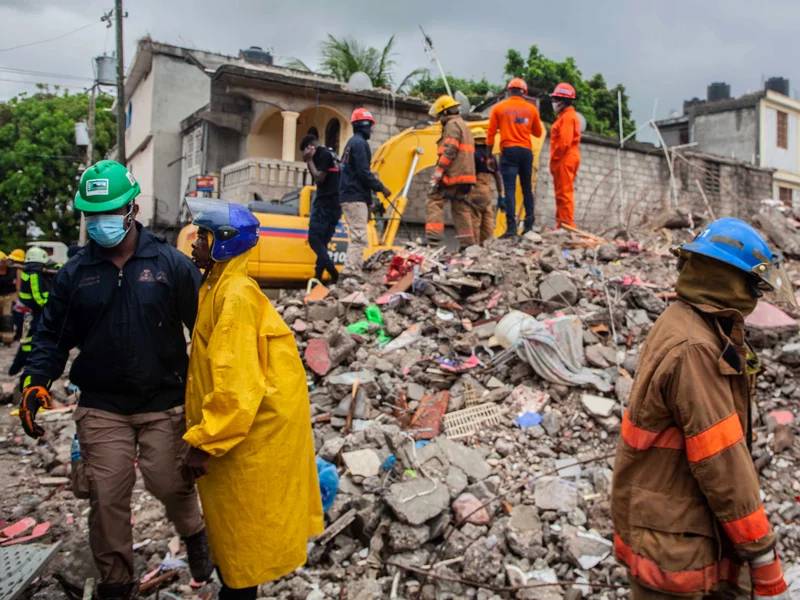 Haiti was shaken by a high voltage earthquake on Saturday displacing hundreds of Haitian and killing nearly 2,189. Just days after on late Wednesday, another Haitian city of Les Cayes was hit by tremors.
No reports of deaths or destruction have been recorded in the region after Wednesday's quake.
The earthquake that shocked the southwestern area of the nation on Saturday had left 12,000 and beyond people injured. The area is just 160 km to the west of the capital city Port-au-Prince.
Rescue and relief operations are ongoing, informed the country's civil protection agency, while 332 people have been missing since then.
The earthquake that hit the Caribbean island was 7.2 magnitudes high and destroyed around ten thousand buildings and also triggered landslides.
In 2010, Haiti was shaken by a massive earthquake that took away the lives of more than 200,000 people and the people are still trying to recover from the effects it had on them.
Soon after the earthquake, a tropical storm called Grace had swept Haiti on Tuesday, which triggered flash floods and landslides. Power was cut, remained during the storm and was out until Tuesday; communication lines were disrupted. The storm has resulted in a landfall on the island of Hispaniola, which Haiti shares with the Dominican Republic.
The healthcare system is also reeling on the island. The Les Cayes General Hospital in the Les Cayes city is already crushed under the pressure of regular patients and has now become overloaded with patients injured in the quake.

Many quake victims can be seen lying in the patios, verandas and corridors of the hospital due to a shortage of space.

Meanwhile, the city is ravaged by severe continuous rainfall.
The survivors of the quake are getting impatient regarding the slow arrival of relief material in the severely accepted areas. On Wednesday, Reuters reported that several people reached the Les Cayes airport demanding food as a helicopter with supplies arrived there. Police had to interfere so that the truck carrying relief material could get a passage.
Concerns over delivering relief material to distant places outside Les Cayes are also increasing, giving damaged roads.
The Haitian government has been slammed by a judge in Les Cayes for its unpreparedness to deal with any calamity. As a man who thinks about the situation of his country, nothing is working here, said Pierre Cenel.
Relief aids are yet to reach some places, said the head of the Civil Protection agency, Jerry Chandler. He added that officials are working hard to ensure relief aid reaches every corner.
Around 600,000 people in the quake-hit nation require humanitarian relief.

Approximately, 135,000 families have been displaced.

Meanwhile, the United Nations has allocated an emergency fund of $8 million to provide relief for affected people.

Prime Minister Ariel Henry, who was sworn in as the PM after President Jovenel Moise was assassinated on July 20, has guaranteed of expanding more aid than what was given during the 2010 Haiti earthquake.