The week before Guru Nanak Dev Jayanti was gratifying for the people of Punjab, mainly farmers and the Sikh community. 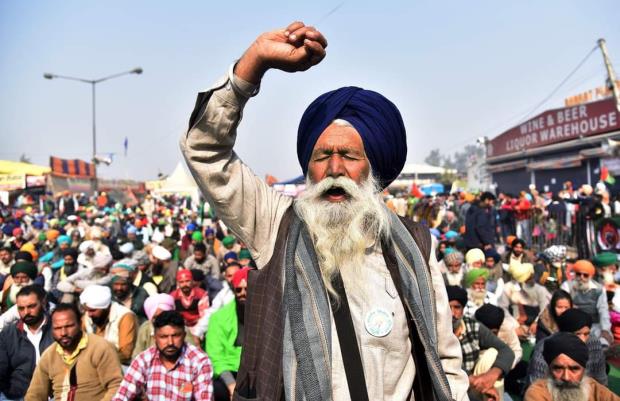 On the 552nd birth anniversary of Sikhism founder Guru Nanak Dev, Prime Minister Narendra Modi repealed the three agricultural laws which have led to a year-long farmers' protest across the nation. But, this is not the only good news Punjab has received this week. The week before Guru Nanak Dev Jayanti was gratifying for the people of Punjab, mainly farmers and the Sikh community.

This week Punjab cabinet abolished a farm law passed during the SAD regime, which was almost identical to the Centre's controversial agricultural laws.

Supreme Court, on the other hand, sided with farmers of Punjab and other neighbouring states who were balmed for deteriorating air quality in Delhi.

On November 15, the Supreme court of India rapped Delhi government over farmer bashing. The Kejriwal government claimed that stubble burning by farmers was the main reason for air pollution in national capital.

However, SC asked the government to stop blaming farmers and ordered to pursue farmers who burn stubble, while emphasising that it does not want to punish them while Delhi and its neighbouring cities face an escalating air quality crisis.

“We must consider the farmers' plight...what drives him to burn stubble? Farmers are being blamed by people staying in five-star hotels in Delhi. Take a look at the small landholdings. Are the machines you all talk about affordable to them?" SC remarked on November 16.

Ahead of the 552nd birth anniversary of Guru Nanak Dev, the Kartarpur corridor was once again opened for Indian pilgrims on November 17.

Today, on the auspicious occasion of Guru Purab, the year-long farmers’ protest came to an end. Hundreds of farmers’ had camped outside the border of the national capital Delhi, protesting against the black laws of Modi led BJP government.

The laws were repealed on Friday, indicating the victory of Democracy.