A sprawling regulatory probe that has ensnared the Indian partner of Schroders Plc is roiling one of the nations largest asset managers and is poised to shake up Indias $465 billion mutual fund industry, Bloomberg reported. 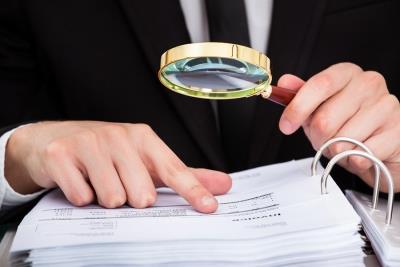 A sprawling regulatory probe that has ensnared the Indian partner of Schroders Plc is roiling one of the nations largest asset managers and is poised to shake up Indias $465 billion mutual fund industry, Bloomberg reported. Axis Asset Management Co., which is India's seventh largest mutual fund manager and partly owned by Schroders, had in May sacked two employees, including its chief dealer, amid an ongoing internal probe. The fund in early July submitted its findings to the regulators and said that it had evidence to believe that the terminated executives had violated securities law. Meanwhile, the Securities and Exchange Board of India (SEBI) has been carrying out its own investigation into potential front-running by the two men, a person familiar with the agency's probe said, asking not to be identified discussing private information, Bloomberg reported. Front-running is the trading of stocks by someone privy to information about a large impending transaction that will move prices. It's illegal in India, and massive search and seizure operations were conducted by the market regulator at the offices and residences of Axis Mutual Fund executives, and other stock brokers and traders, the person said. In all, the regulator's probe covered 30 locations in different cities after it received surveillance alerts and input from the stock exchange about suspected front running in trades of Axis Mutual Fund by certain parties, the person said, Bloomberg reported. Interviews with nine people familiar with the investigations showed how a pandemic-fueled boom in India's investment industry may have made it harder for executives and regulators to manage the fallouts of that outsized growth. British investment giant Schroders holds a 25% stake in Axis Asset Management, with Axis Bank Ltd. holding the rest, the report said. Meanwhile, legal experts are predicting more scrutiny for the entire Indian mutual fund industry.  "The scale at which the regulator is investigating the case makes us believe that SEBI means serious business," said Sumit Agrawal, founder of Regstreet Law Advisors, and a former legal advisor to SEBI. "We expect a speedier investigation and action that could result in tighter regulations for fund managers." Going forward there is likely to be increased scrutiny of bank accounts and tax returns of fund managers and dealers and their immediate relatives, he said, as per the report. Some analysts, meanwhile, have raised concerns about potential fallouts at Axis Asset Management.
Primeinvestor.in, a financial research platform for retail investors, has recommended exiting the company's small cap fund and has put its midcap and flexicap funds on hold, partly because of concerns about redemptions due to the investigation as well as other challenges such as poor inflows due to market turmoil, Bloomberg reported.
Source IANS