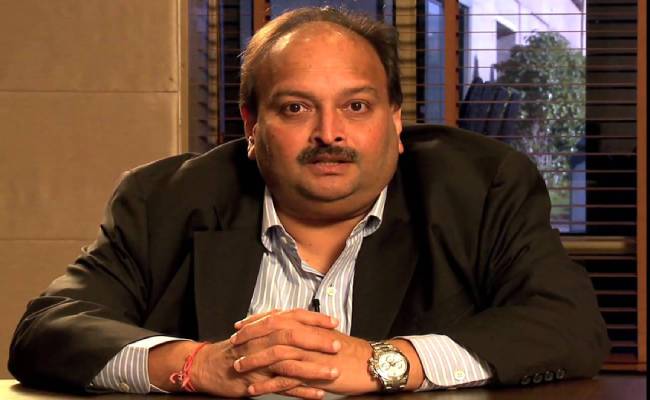 Fugitive diamantaire Mehul Choksi, who went missing on May 23 from Antigua and Barbuda and was captured in Dominica a few days later, has said that he was abducted by Indian agents and was given shock with a Taser gun whenever he resisted, according to a media report.

He also alleged that he was beaten up by the officials.

In a statement to Business Standard newspaper, Choksi said that he was abducted from the Caribbean Island of Antigua on the night of May 23 from where he was forcibly taken on a boat to the island of Dominica.

In a statement to Business Standard, Choksi, who is wanted in India in the Rs 13,500 crore Punjab and National Bank (PNB) loan fraud case, said that a friend of his in Antigua named Barbara Jabarika had invited him to her house.

"So I went into the house... In three minutes there were about 8 to 10 people... and they said that we knew who you are and you have to go for investigation just now with us... they just grabbed me and I tried to fight against them, but it was very, very hard... they came at me from all sides, they tied my hands, my legs and everything," Choksi, who has been staying in Antigua and Barbuda since 2018 after taking citizenship in 2017 under the Citizenship by Investment program, said in the statement.

"Then they brought one wheelchair... they tried to make a story that even the police of Antigua were involved in this...half of them were India, very, very strong like army people... And they put me on the wheelchair and whenever I was fighting, they would shock me with a taser... They tied me from behind, my legs and my body, my hands, everything. And they put a gag, very big plastic gag in my face," he said.

"Then they got a mask and covered my head... And they put me in a boat, the whole entire wheelchair, then they put me on a big boat, a very big boat... then they took off the mask... There were two Indians. They said they were agents from India... The two gentlemen who were with me, they were Gurjit Singh and there was another name," Business Standard quoted Choksi as saying.

"At the last hour in the boat, I got a call from an Indian authority. He said his name is Narendra Singh. He is on my case. And he said that when you are asked when your interrogation happens in Dominica, say that this whole matter happened with your consent... They beat me, bruised me, used the Taser. And after coming to Dominica, it was an unbelievable experience. What I went through for the next few days. It was so non-cooperation and so bad experience that I can't put in words (sic), " he added.

Choksi had gone missing from Antigua on May 23, sparking a massive manhunt. He was captured in Dominica on May 26.

A Dominican court has restrained the extradition of Choksi till further orders by hearing the haebus corpus plea filed by his lawyers. The court is all set to further hear the matter later in the day.

On Thursday, first pictures of Choksi emerged online, showing several signs of bruises on his arms and a swollen eye.

Choksi is wanted in India by the Central Bureau of Investigation (CBI) and the Enforcement Directorate (ED) in connection with the Rs 13,500 crore Punjab National Bank (PNB) loan fraud case. He had shifted to Antigua in January 2018, days before the CBI registered a case.

His lawyer in India, Vijay Agarwal, had told IANS, "Choksi was forced to get into a vessel from Antigua and was taken to Dominica. He also claimed that there were marks on Choksi's body, implying the use of force."

"There is something fishy and I guess it was a strategy to take him to another place so that there are chances of sending him back to India. So I don't know what forces are operating. The time will tell," he had said.

However, Antigua Police Commissioner Atlee Rodney has rubbished the claims of Choksi's counsel and said that they have no information on him being forcefully removed.

An eight-member team of Indian officials has also landed in Dominica on a private jet for the extradition of Choksi.