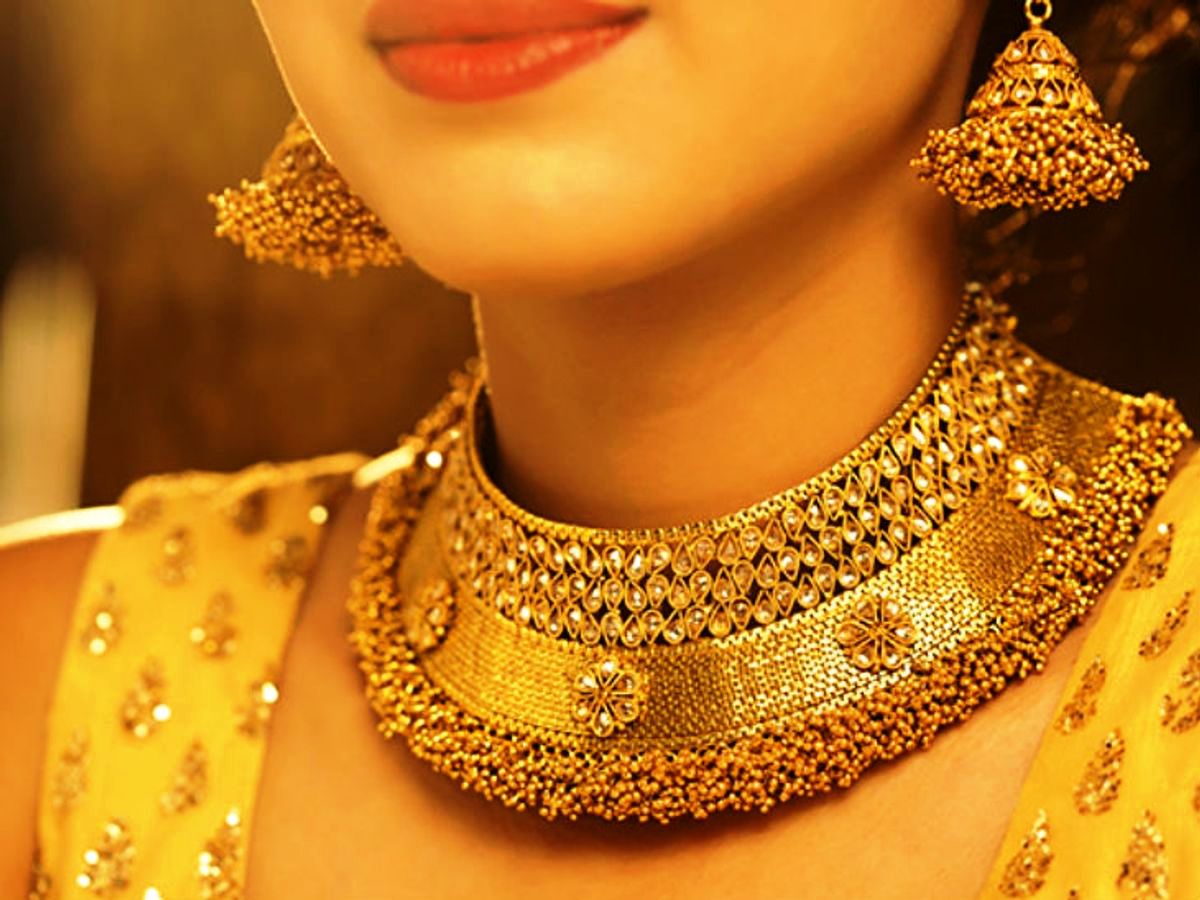 Who doesn’t love gold whatever form it may be in? While girls may go gaga over jewellery and men may view the metal as a means of speculation or investment in bar form, what is tempting is that the price of gold in India and in international markets is near low.

What remains to be seen is that whether gold price will hold this support and turn upwards or will it break support and move down.

Usually, gold and crude oil rise and fall more or less together i.e. they are positively correlated.

However, currently there are going separate ways. While the crude oil is touching skies and not stopping, gold is near lows and seems to be a range and declining too over a longer-term period.

Technical analysis of gold futures by this author in American markets at the time of writing indicates that the probability of a downward move is more than that of upward move, at least in the short-term. See the chart below and understand the thought-process and the rationale below:

The 200 days SMA is almost God-like in power to halt both decline from above, or rise from above. This SMA is long-term trend.

3. Gold tried to recover and move above but was halted at the 200 SMA.

4. The halt mentioned above was with a Topping Tail Bar aka Shooting Star. This is a candlestick pattern that occurs when the sellers strongly reject the highs and sell to bring the closing price near the low. Also, the range of open and close is smaller as compared to the high and low range of the same candle.

5. The rejection of higher prices with a Topping Tail Bar aka Shooting Star led to a decline which strongly took prices below the recent low created.

6. The candle at the time of writing is green, true, but a small one tucked well within the previous red candle. This is technically called Bullish Harami and predicts a reversal to upside.

However, the patterns are effective in predicting turns when two conditions are fulfilled. One condition is the an event or pattern has to occur at a relevant location. Secondly, the prediction of the pattern has to align with the short-term trend.

Both these conditions are not satisfied by today’s candle at the time of writing.

However, a short-term increase in price is expected, and will provide opportunities as discussed next.

For those interested in jewellery, the price is okay for buying. Just take care of the making charges. Be open to the possibility of the price falling below your buy price in the coming weeks.

For investors who wish to buy (go long) gold, restrain is advised until the short-term trend rises.

For speculators aka traders, two options present to this author. The first one is for nimble and aggressive speculator - he may go long and sell his positions near 20 SMA.

For a speculator who likes to take trades in the direction of the trend, waiting is advised till the price reaches the 20 SMA. Near this technical analysis indicator, candlestick and its patterns may be analysed to estimate. If a bearish (downward) prediction is made them gold may be shorted (i.e. bet against or in other words sell when you don’t have the asset)

It goes without saying that every person is responsible for his actions, and this information is for education purposes only.

Get the latest update about Economy, check out more about Announcements, Jewellery, Speculation & English