As per sources, BJP decided to let go of all who were part of the Vijay Rupani administration and bring in new ministers. 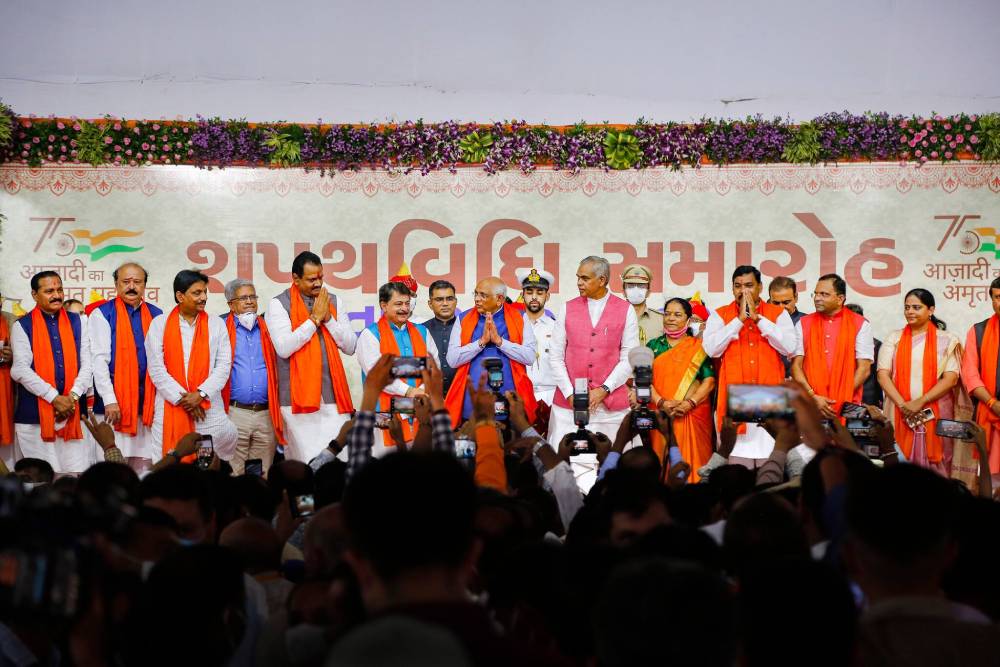 Along with the newly elected Chief Minister of Gujarat, Bhupendra Patel, several other ministers took oath on Thursday at the Raj Bhavan in Gandhinagar, just a year before elections.

As per sources, BJP decided to let go of all who were part of the Vijay Rupani administration and bring in new ministers.

As several senior BJP MLAs showed unwillingness to resign from their posts, the cabinet formation that was due for Wednesday was moved to Thursday.

Speaker of the assembly, Rajendra Trivedi resigned from his post and joined the cabinet by taking oath on Thursday.

After Rupani’s resignation, the former deputy chief minister Nitin Patel was speculated to be the new chief minister but his removal from cabinet came as a surprise.

Chief Minister Bhupendra Patel is all set to hold his first cabinet meeting at 4 pm on Thursday.

This course change was necessitated by Mr Rupani’s mishandling of the Covid second wave earlier this year, which resulted in numerous hospital deaths because of a shortage of oxygen and other facilities. According to government sources, the Prime Minister had pushed for the change in the Gujarat cabinet in the hopes that the BJP would rule for a seventh consecutive term.

Vijay Rupani’s shocking and sudden resignation was followed by electing an unexpected first-time MLA for the state’s CM post. Many have called MR Patel a compromise candidate amid the names of several prominent long players in Gujarat politics.