Halep to miss rest of 2022 season after undergoing nose surgery

Two-time Grand Slam champion Simona Halep announced on Thursday she will miss the rest of the season after undergoing nose surgery. 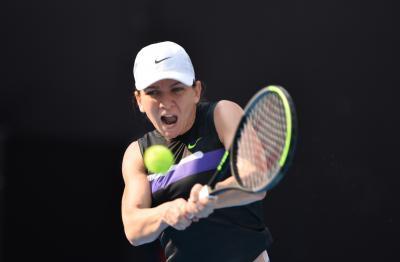 Two-time Grand Slam champion Simona Halep announced on Thursday she will miss the rest of the season after undergoing nose surgery.

Halep said that she was unclear how long recovery would take, but won't participate in any more events in 2022.

"My 2022 season is over. 2022, you have been an interesting year full of everything! See you on court, 2023. I feel I still have a lot to do on a tennis court and still have the same goals," she wrote on social media.

In the same post, Halep, 30, also conceded she was "very close" to calling it a career back in February. Two months later, she announced Patrick Mouratoglou as her full time head coach after spending some time in his academy.

"Thanks to Patrick, I slowly started to believe that I still can play a good level of tennis. I gave myself one year to get back into the Top 10."

In August, Halep won the National Bank Open, a WTA 1000-level event in Toronto, and returned to the Top 10 for the first time in more than a year, thus achieving that goal in only two months.

However, a first-round loss at the US Open to qualifier Daria Snigur followed, and Halep realized she needed a break.

"When I lost at the US Open, I realized that I'm completely exhausted mentally. Having problems with the breathing for many years already and becoming worse with the time, I decided to follow the advice of my doctors and do the needed surgery."

Halep has won two titles this season, taking her career total to 24.