On Sunday, the vice-captain of the Indian cricket team, Ajinkya Rahane turned 33.

Rahane is currently with the India team in England for the World Test Championship (WTC) final against New Zealand, which will be followed by a five-match Test series against the hosts.

Over the years, Anjinkya has played several eye-catching innings for India.

Here are some of his performances:

India vs England at Lord’s

During the match, India was asked to bat first and the starting line-up struggled against the bowlers – James Anderson, Stuart Broad, and Liam Plunkett. During such a crucial time, Rahane stepped in and scored a brilliant 103 runes and propelled India at a score of 295 in the first innings. This extraordinary performance was the key part of the victory of team India at Lord’s after 28 years.

Sri Lanka vs India at Colombo

India was batting in their second innings. India was in lead with 87 runs in hand. Murali Vijay played a crucial inning and he was supported by Rahane. Rahane scored match-winning 126 runs that helped India to set a target of 413 runs against Sri Lanka. 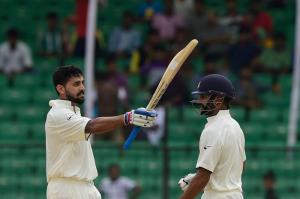 India vs Australia at Melbourne

In the first innings, Australia posted a score of 530 and in response, India started well. Murali Vijay was playing well but then quick wickets started to fall which put India under pressure. At this time, Rahane and Virat Kohli’s partnership for the fourth wicket helped India to reach the score of 495.

India vs New Zealand at Indore

Rahane was at his best during the series against the Kiwis. Along with Virat, Rahana stitched a partnership of 365-runs for the fourth wickets. Rahane was dismissed at 188 and the match was in India’s bag. 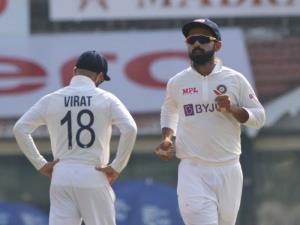