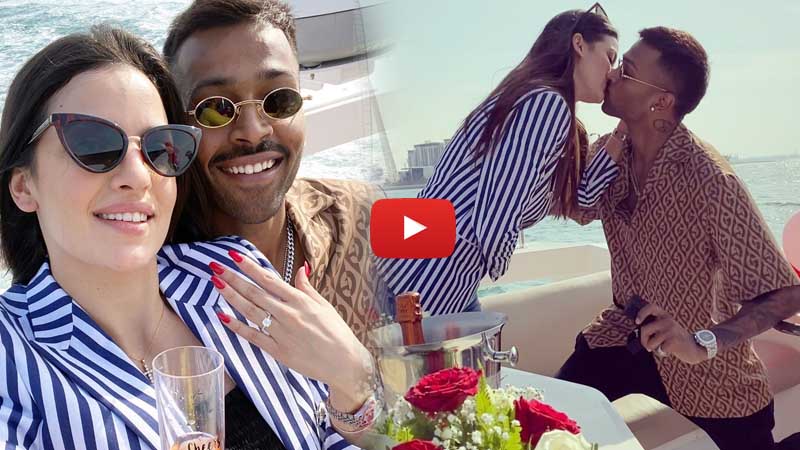 Hardik Pandya took to social media to post a photo of himself and Natasa Stankovic in which the actor can be seen wearing her engagement ring.

Hardik Pandya has uploaded a couple of photos in which he can be seen spending time with Natasa Stankovic and their close friends. In a short clip that he has uploaded, Hardik and Natasa are dancing to a Bollywood romantic number sung by his friends.

Hardik Pandya and Natasa Stankovic welcomed their New Year with a ferry ride in Dubai.

In another video posted by Natasa Stankovic on the popular photo-sharing platform, Hardik Pandya can be seen proposing to his girlfriend. Natasa can be seen blushing and the couple ends the short clip with a lip lock.

Who is Natasa Stankovic?

Natasa, who is based out of Mumbai, made her Bollywood debut in Satyagraha directed by Prakash Jha. Ever since she appeared in several roles in Hindi films. She was last seen in a song from a 2019 release, The Body, starring Emraan Hashmi and Rishi Kapoor.

Natasa first became a household name after appearing as a contestant on the famous reality show -- Bigg Boss 8.