Hero Xtreme 160R launched Stealth Edition at Rs 1.16 lakh with some new cosmetic features and upgradations in the colour matte black of the new two wheeler variant of the company 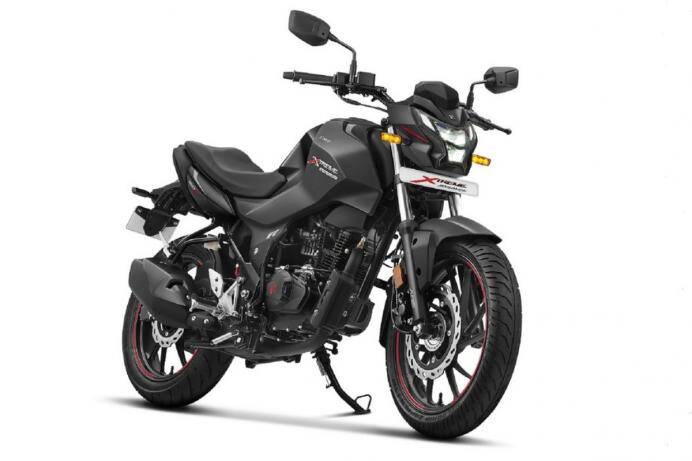 As the festive season is approaching, Hero Motor Corp upgraded the range of its two-wheeler variants. A new two-wheeler named Hero Xtreme 160R Stealth Edition has been launched in India at a price of Rs. 1.16 lakh (ex-showroom, Delhi). The new Hero Xtreme 160R has several cosmetic up-gradation and features.

The bike is in Matte Black colour with a 'Stealth' badging to enhance the appeal of the special edition. The Xtreme 160R has always been a good looking motorcycle and the addition of the matte black colour and 3D emblems and badging has added more grace to the motorcycle. Another feature that is seen in the new edition is a USB charging slot and LCD brightness adjustment. It also has a gear position indicator. However, apart from the cosmetic update and feature add-ons, it remains the same as its standard variants. The Xtreme 160R is powered by a BS6 compliant 163cc, single-cylinder, air-cooled fuel-injected engine.

The Xtreme 160R is the fastest and the lightest motorcycle in its class weighing just 138.5 kilograms and it sprints from 0-60 kmph in just 4.7 seconds. The frame is the same as the standard version. The bike gets a diamond frame which helps retain the overall weight of the bike at 139.5 kg. The bike gets 37mm telescopic front forks and an adjustable rear mono-shock suspension. The 160cc engine produces 15.2PS of power at 8,500rpm. The company claims the bike can do 0 to 60kmph in just 4.7 seconds.

Also Read: Specification comparison between Honda CB200X vs Hero Xpulse 200, which one you should choose?