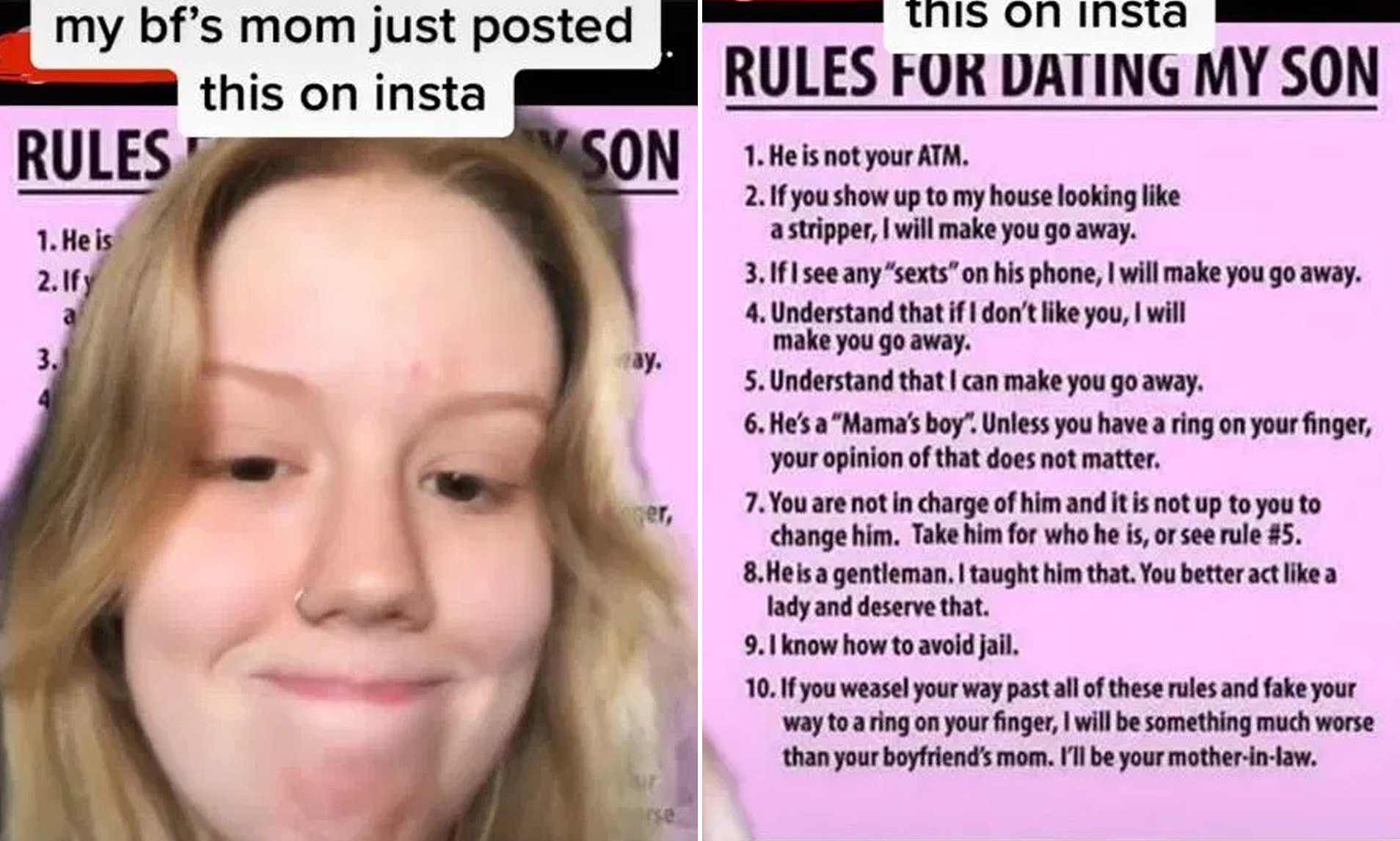 Dating these days is hard enough and gets messier when you are introduced to your partner’s parents, and say no more if their parents are obsessive and controlling. A woman found herself in a very similar situation when she discovered controlling and sexist rules her boyfriend’s mother has made for anyone he dates.

A Tiktok user named Emma shared a picture of rules her boyfriend’s mother had posted on her account. The post has the caption ‘Rules for dating my son.

The note further says, “If I see any sext on his phone, I will make you go away” which means it is safe to assume she likes to check her son’s phone and that too read conversation with his partner.

Also Read: Netizens scream ‘Hell, No’ as the video of swimming pool between skyscrapers in London goes viral

Further, the note says, “he is a gentleman. I taught him that, You better act like a laddy and deserve that.” Not only this but it further extends to “I know how to avoid jail” and ends with “If you weasel your way past all of these rules and fake your way to a ring on your finger, I will be something much worse than your boyfriend’s mom. I’ll be your mother-in-law.”

As soon as Emma shared this unaccepted note, netizens started suggesting to leave her boyfriend, insisting that it will ‘only get worse from here. One of the users commented, “This embarrassing for her, I am so sorry you need to deal with that.”

Another wrote, “Breakup now, It will never get better” meanwhile another said “girl run”.

Get the latest update about True Scoop News, check out more about Rules for dating my son, He is not your ATM, English news & Breaking news