After years of having a tense relationship with his brother Aamir Khan, Faissal Khan discusses their present friendship. He also discussed the superstar's divorce with Kiran Rao. 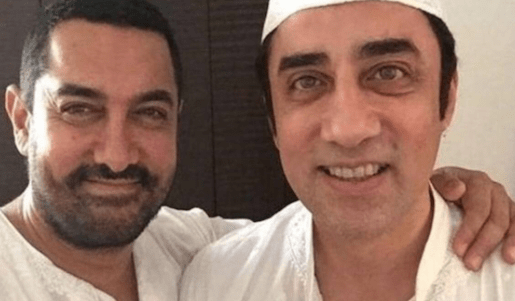 Faissal Khan, the younger brother of actor Aamir Khan, may not have had the same successful career as his brother, but he looks to be happy with what he has accomplished. After years of troubles in their relationship, Faissal, who is becoming director with his new film, Factory, claims he is his own person and insecure by Aamir's stardom, and that everything is well between them.

Faissal admitted that his picture is in a "tough" genre, but he is grateful to his crew and their collaboration for a successful outcome. “Aamir is the most renowned person in our family, but when this film comes out, people will know Faissal Khan as an individual, actor, director and singer,” he said when asked if he shares Aamir Khan's "marketing genius.”
Also Read: Prakash Raj shares COZY PICS with wife Pony Verma as he gets married to her again
When asked if he ever feels like he's in Aamir's shadow, he replied, "I've never cared about all this." When a person is unaware of himself, he becomes concerned about such matters. I am aware of who I am and what I am capable of. I am aware of my talents. “Kuchh toh log kahenge logo ka kaam hain kehna...” (People will speak because that is what they do.)
Faissal cleared the air and claimed that everything between them is OK, despite the persistent rumours about their ever-widening gap. “I make my own decisions as an individual.” I'm not a director who has no idea what he's done. I've given it my all, and my producers have aided me in my attempt.
Also Read: Afghan Pop Star Aryana Sayeed Says India "True Friend”, Slams Pakistan For Taliban Takeover
” Aamir and his mother have seen the film, according to Faissal, and are quite impressed. “Both my mom and Aamir have seen the movie. It was a hit with my mum. My mother's desire was for me to become a director, and that dream has come true with this film. Aamir enjoyed the picture and thought it was excellent for a first-time filmmaker. ‘You've done a fantastic job singing the song,' he remarked. 'You're a better than I am.' ‘What can I do?' I answered. Faissal Khan also performed as a singer in the film.
Also Read: From Bell Bottom to The Dirty Picture: 8 Indian films that were banned abroad
When Aamir Khan and his wife Kiran Rao announced their divorce, it became the talk of the town. Faisal stated that he would prefer not to give them any advise because his own marriage failed. Faisal has stated that he has no intentions to marry again, saying, "Unfortunately, I have not earned enough money to afford a wife, and I have no girlfriend since having one is also a costly affair." A woman, on the other hand, is much more expensive. Picture hit ho toh ladki dhoodna shuru karu.”
Faisal was involved in a ugly court fight with his family when they reportedly placed him under house arrest for a year due to worries about his mental health, claiming he was depressed and suffering from schizophrenia. When his family requested him to give up his signature rights, Faissal took the matter to court. Faissal stated he had a 20-day mental assessment at JJ Hospital after which he was certified mentally well and of sound mind. Last year, he told in an exclusive interview, "I was given wrong medicine for a year, which was really unjust on the family's side."