In an irony, Infantino defends the FIFA WC host Qatar by sparking a separate controversy with his speech, which has left fans stunned 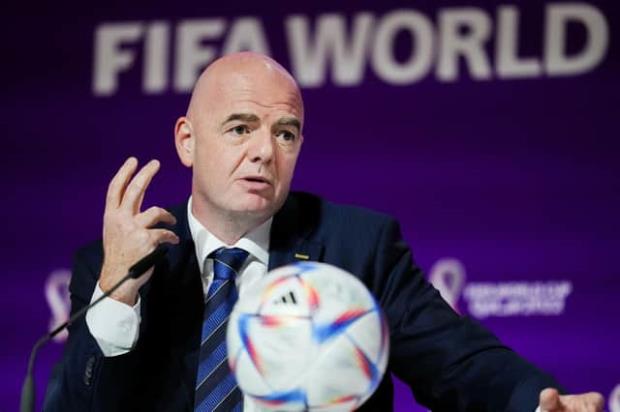 Amidst an influx of criticism against the FIFA World Cup host Qatar over stringent guidelines for fans and controversy over fans, FIFA president Gianni Infantino has sparked a massive row with his shocking remarks during a press conference, 24 hours ahead of the tournament opener where host Qatar faces Ecuador.

Fake Fans Controversy: Is Qatar hiring fake international fans for the World Cup? here's what you must know

The host nation has been embroiled in countless controversies, which also include accusations of them bribing to win the World Cup bid. Qatar also received plenty of criticism on Friday, after banning beer in the stadiums during the tournament. Also, the organizers have been accused of using fake paid fans during the parade in Doha.

Gripped under widespread criticism thrown at them, Infantino has supported Qatar. Apart from fans players like Portuguese Bruno Fernandez and Danish Christian Eriksen have also not appreciated Qatar hosting the mega sporting event which happens to be history’s most expensive tournament ever.

Over to that several musicians have also turned down the offer to perform at the WC opening ceremony. Most recently, Dua Lipa refused to perform in the WC and made her stance on the prevailing nuances of human rights in the country the reason for doing such. In her Instagram post, she wrote, "I will be cheering England on from afar and I look forward to visiting Qatar when it has fulfilled all the human rights pledges it made when it won the right to host the World Cup. One Love, Dua.”